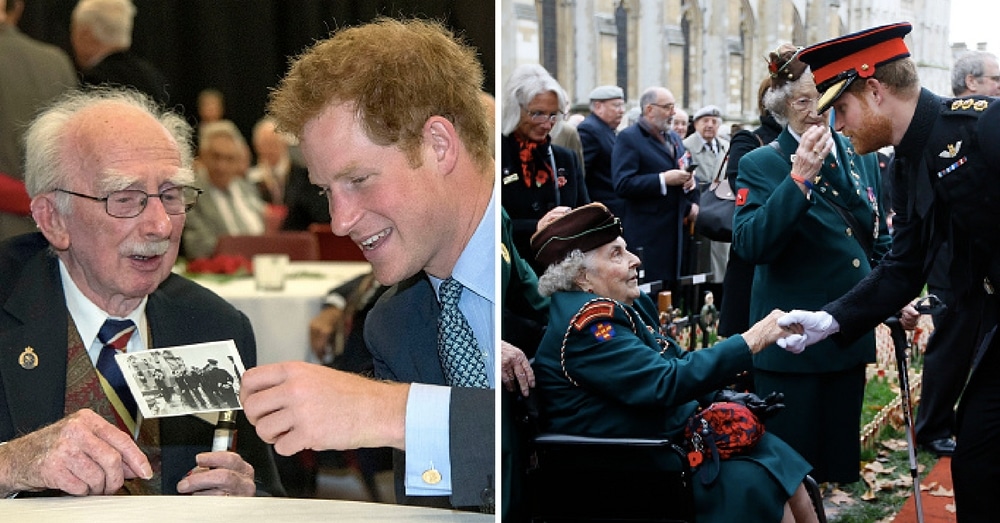 When Princess Diana died in a tragic car crash 20 years ago, her kind and compassionate heart lived on through her sons, William and Harry. The two princes have stepped up to carry on her legacy and do what they can to better the world around them.

One of the ways this is evidenced is through the work Prince Harry does with veterans.

Harry himself served in Afghanistan with the British Army, so he knows firsthand the toll war takes on a person. He has dedicated his life to helping veterans with “hidden injuries,” as well as physical ones, and wants to change the stigma surrounding mental health.

The prince is the patron of the “Walking With The Wounded Walk” which he hopes will bring the topic of mental health to the forefront and help veterans by getting them to look toward the future and set new goals, building up hope, security, and confidence.

He also founded the Invictus Games, in which wounded veterans can compete against each other in sports and strive to be their best selves.

We love that, instead of retreating to deal with his own struggles in private, Harry has brought them to the forefront and is using his own experiences to help others in need.

Many people talk about change, but the prince is actually making it happen. The world needs more leaders like him.

Are you happy to see what Prince Harry is doing to help veterans? So share this!