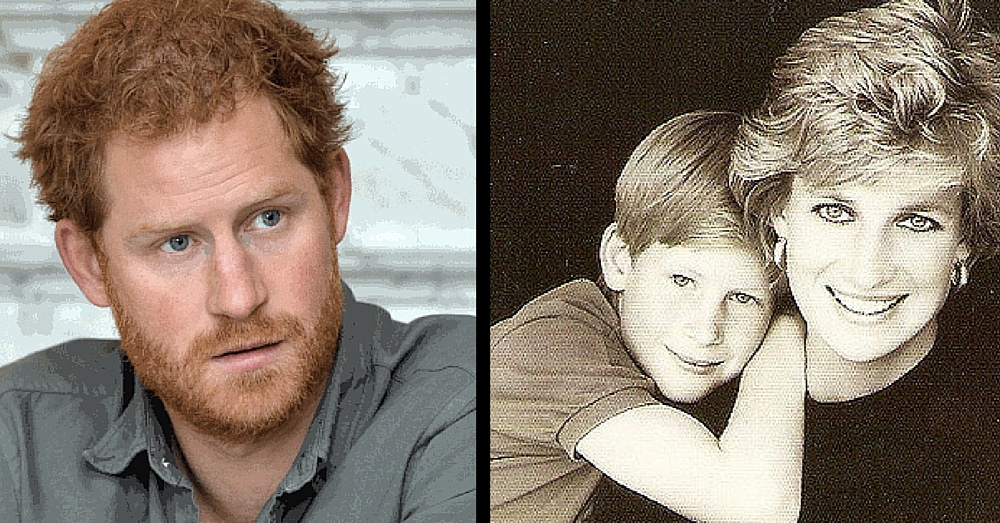 Prince Harry has been making headlines in recent years for his involvement in a number of charities that raise money and awareness for such important causes as encouraging education in Africa, assisting wounded veterans, and ending the AIDS epidemic. Many have compared the young prince to his mother, Princess Diana, who was known as “The People’s Princess” for the love and care she showed to the downtrodden and less fortunate.

But Harry recently admitted that there is one cause he wishes he had gotten involved with sooner.

When Diana was killed in a car crash in 1997, news of her death shocked the world. Just 12 years old at the time, Harry struggled to deal with the pain and make sense of everything that had happened.

At a recent event for mental health charity Heads Together, which the prince formed along with the Duke and Duchess of Cambridge to bring together leading mental health charities, the now-31-year-old shared that he regrets not opening up about how his mother’s death affected him until very recently.

“I really regret not ever talking about it,” he said. “For the first 28 years of my life, I never talked about it.”

“It is okay to suffer,” he continued, “but as long as you talk about it. It is not a weakness. Weakness is having a problem and not recognising it and not solving that problem.”

We applaud Prince Harry for his willingness to be open about his own struggles so that others might get the help they need.

Are you glad to see the prince open up about his struggles so he can help others? So share this!