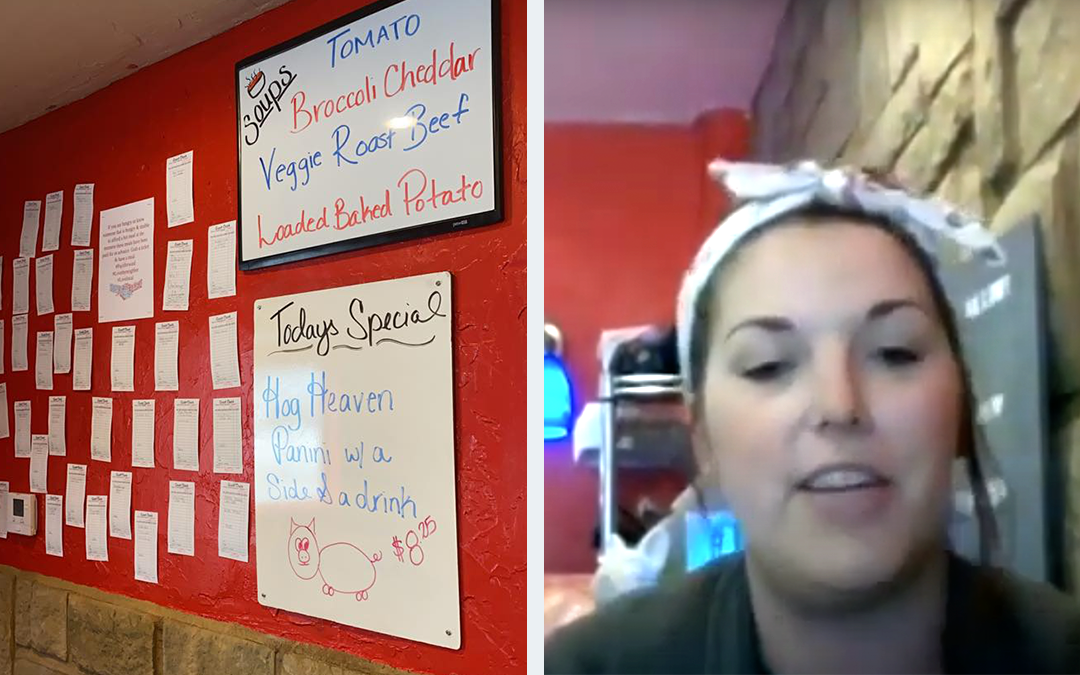 The Dawg House is a gourmet hot dog restaurant in Miami (pronounced my-AM-uh), Oklahoma. During challenging times caused by the pandemic and freezing blizzards, owner Jennifer White decided to try to help.

Now, her efforts have inspired others in the state to follow her example. It shows how one person’s kindness and generosity can have a ripple effect on so many lives.

Miami is a small town of 13,000, and like other towns across the country, people have struggled with hard times recently. Then, things took a turn for the worse when two blizzards hit the area in February.

White, a Miami native, moved from a food truck to an eight-table brick-and-mortar location in September. Seating had to be widely-spaced to ensure safety during the pandemic.

Shortly after opening, White began giving back to the supportive community, offering free meals for veterans on Veteran’s Day last November. Also, she’s been helping with efforts to donate free coats to people in need. Even the town’s Mayor donated the coat off his own back.

Then, she had an idea to create a giving wall with free meals when the blizzards struck in February. On a large red bulletin board, she posted:

“If you are hungry or know someone who is hungry & unable to afford a hot meal at the moment, these meals have been paid in advance. Grab a ticket & have a meal. #Payitforward #Lovethyneighbor #Lovelocal”

Soon after, the community responded, buying meals to give those struggling in the community. The Dawg House Facebook posted pictures of the giving wall full of free meal tickets for anyone who needed them. With no questions asked and no judgment, people facing difficulties could enjoy a warm meal.

“Wow! What an awesome community we have! The amount of support we’ve seen with our free meal wall is overwhelming,” the restaurant posted.

White says that all kinds of people began donating tickets and receiving free meals, including the homeless and families.

“We’ve had a whole lot of different people. People that are just trying to have a hot meal until their next paycheck comes in,” said White.

Later, the customers sometimes return and buy meals to give others. Then, if any tickets remained unclaimed at the end of the month, they cook and donate the meals to area charities.

Recommended: 13-year-old opens a bakery. For every cupcake he sells, he gives one to the homeless

A Movement of Giving Walls

Amazingly, news about the Dawg House giving wall spread to other area restaurants. At Zacks’ Cafe, former manager Lasay Castellano said there was an immediate community response. For two months, the nursing student taped receipts on their own giving wall.

“Within a day, we had over $600 worth of meals on the wall.” said Castellano. “I knew that people would step up and I knew this was gonna make a big difference here.”

Castellano said she finds it heartwarming to see the community helping those struggling with hard times.

Meanwhile, the Dawg House’s story has spread online, and the restaurant received free meal donations coming in from as far away as Austrailia.

“AMAZING things happen when everyone works together!!!” wrote one person in response to the news.

What started as one person’s small effort to help has the potential to spread across the country. Thank you, Jennifer White, and we hope you have ignited a lasting nationwide movement.

See the story from AP News below: