She Tries To Sell Necklace For Extra Cash, But What Shopkeeper Does Leaves Her Speechless 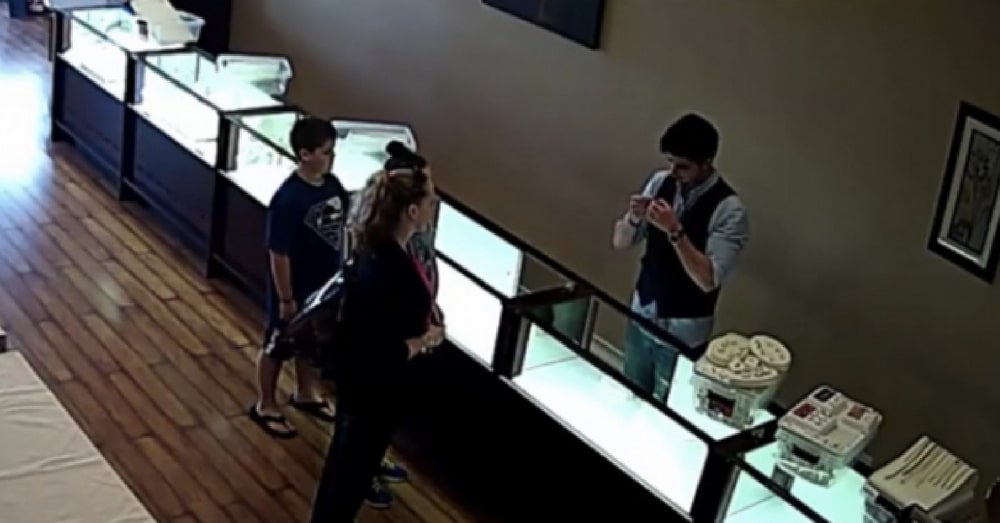 It always warms our hearts to hear about the little acts of kindness people perform for each other each day. Just simple things like buying someone a cup of coffee, giving school supplies to those in need, or even just dropping off a kind note may not seem like a big deal, but they can mean the world to a person who is in need of some kindness.

One woman in Dallas was on the receiving end of such an act recently, and what she got was so much more than a cup of coffee.

The woman went into a jewelry store to try to sell a chain. The chain had been given to her by her mother and held a lot of sentimental value, but she was in the midst of a financial crisis and needed the money to get by.

When she handed it over to the shopkeeper he asked her, “Why do you want to sell it?” She replied, “I am totally broke, I won’t get paid until next month.”

He then asked if the only reason she was selling the chain was because she was broke, and she told him it was, explaining that it had been a gift from her mother but she needed the money.

The shopkeeper counted out the money to pay for the chain and handed it to the woman. Then, to her complete shock, he gave the chain back to her.

The man also wrote his number on a piece of paper and gave it to the woman, telling her to call him if she ever needed anything.

While this incredibly kind act may have cost the jeweler something, what he was able to give this woman was worth far more. His generosity will not soon be forgotten.

Were you touched by this shopkeeper’s kind act toward this woman in need? So share this!