Ellen Brings Happy Tears To Thousands, But This Time It’s Her Turn To Cry 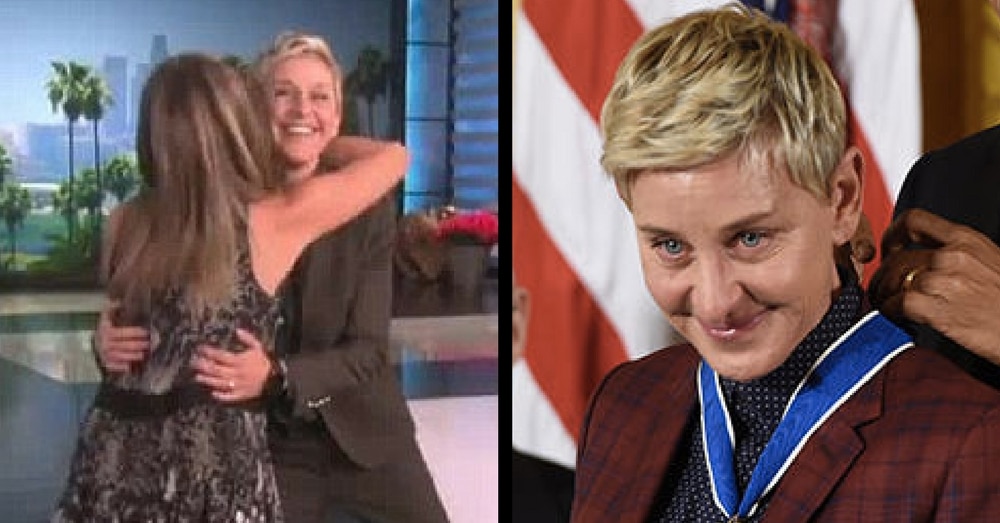 Ellen DeGeneres has become a world-famous actor and talk show host, not just because of the way she makes people laugh, but because of her generosity and kindness to so many.

She has helped thousands of people over the years – people who are deserving but hard on their luck, people who are heroes, and everyday people like you and me.

Many times on her show people are left in tears, overwhelmed by her generosity. This time, though, it was her turn to shed some happy tears.

On Tuesday, President Obama honored Ellen, along with 20 other artists, athletes, and activists, with the Presidential Medal of Freedom, the highest honor a civilian can receive. The award recognizes individuals who have made great contributions to culture, world peace, or other national interests.

The president spoke about Ellen’s activism and contributions to popular culture, citing her role in Finding Nemo when he said, “Again and again, Ellen DeGeneres has shown us that a single individual can make the world a more fun, more open, more loving place — so long as we just keep swimming.”

As President Obama put the medal around her neck, Ellen couldn’t help but tear up. If anyone deserves this award, it’s her!

Were you happy to see Ellen honored with this award? So share this!