Heartbreaking: Dog Refuses To Leave Owner’s Side After He’s Killed In Earthquake 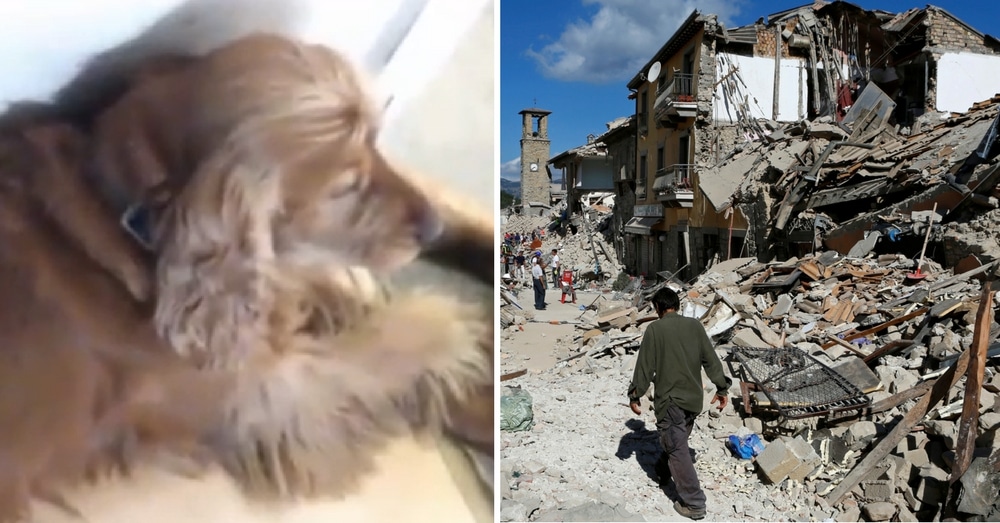 There’s a reason dogs are called man’s best friend – they are incredibly kind, loving, and loyal, even to the bitter end.

A heartbreaking video of a dog refusing to leave his master’s side after he was killed in the earthquake in Italy has been making waves recently, touching thousands with the poignant display of loyalty and love.

The cocker spaniel’s owner, who remains unknown at this time, is thought to have been from Accumoli, one of the communities that bore the brunt of the devastating earthquake. His body was taken to a recovery center by rescue workers and placed in a coffin in a gym alongside dozens of other victims.

It was there that the man’s faithful companion stood guard, sitting silently beside the coffin and staring straight ahead.

On Saturday, Italy marked a day of mourning for the 290 people who were killed in the massive 6.2 magnitude quake.

Were you touched by this dog’s faithfulness as he stood by his master’s side, even in death? So share this!