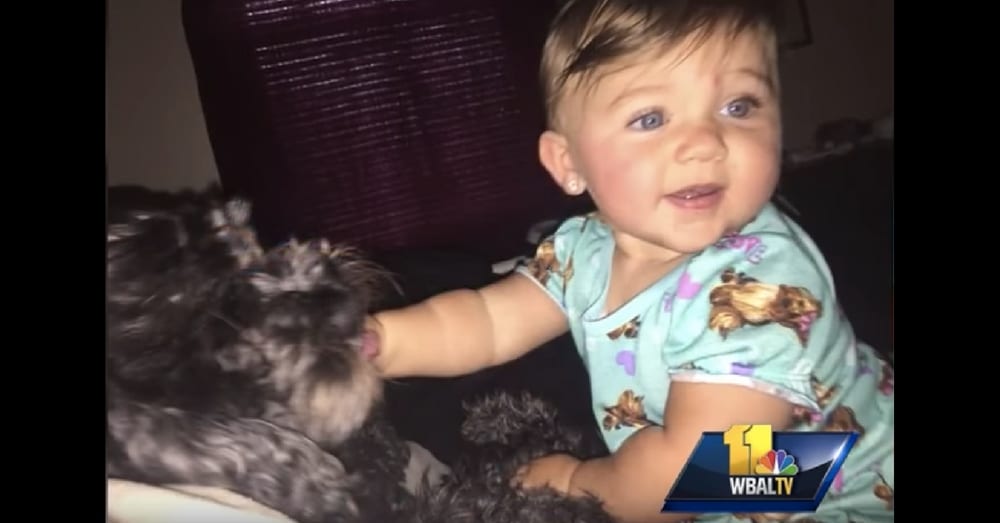 Erika Poremski left her 8-month-old daughter, Viviana, alone for just a minute as she ran outside to get something from her car. What happened next was like something out of a nightmare – when she turned around to go back inside, the house was engulfed in flames.

She tried desperately to get inside to save her daughter, but she couldn’t get in the door.

“I just heard her crying and I couldn’t get to her,” she said. “I tried really hard, everyone in the neighborhood tried. They were kicking the doors in and kicking the windows out. I couldn’t [get her out]. Nobody could.”

Firemen finally arrived and were able to get Viviana out of the house, but they said the little girl would have lost her life if it had not been for the heroic actions of the family’s dog, Polo.

They found the dog lying on top of Viviana, protecting her from the flames. Even as the fire got closer and hotter the dog refused to leave her. As a result, Viviana was only burned on one side of her body and, although she remains in critical condition, she is alive.

“[Polo] stayed with her the whole time in the bedroom and wouldn’t even come downstairs to get out the door,” Erika said. “He was my first baby and now I lost him. And I’m just praying I don’t lose her. She’s all I have and it just happened so fast, I just don’t understand it. I just don’t know why this stuff happens.”

A GoFundMe has been started for the family to help as they pay medical costs and try to get their lives back together.

Are you amazed at what this heroic dog did for Viviana? So share this!