Grandma’s Cats Keep Pawing At Her Stomach. Then Doctor Sees Something In Her Abdomen 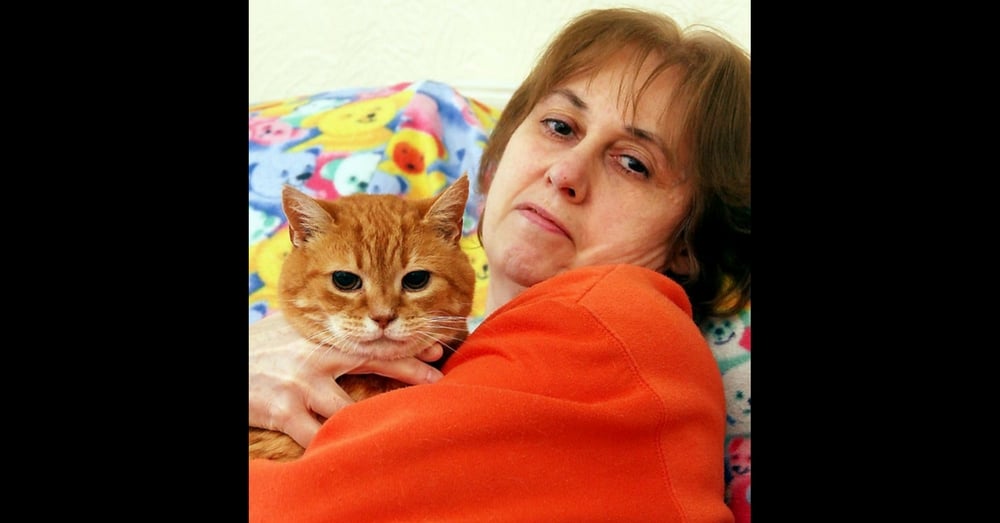 There are tons of stories out there of animals who were able to sense something was wrong and alert someone before something bad happened. Animals seem to have a sort of sixth sense about these kinds of things and are often able to save people’s lives before disaster strikes.

Such was the case when Stephanie Doody’s cats developed a strange habit of pressing on and batting at her stomach whenever she sat down.

“For a while, my cats had been following me around, but that’s normal – they’re cats and that’s what they do,” she explained. “But it got more and more intense, and for months they stayed with me everywhere I went.”

She didn’t think much of it at first, but when her marmalade tabby Jaffy started sleeping on her stomach every night she knew something was up.

But while she knew her cats were trying to tell her something, Stephanie couldn’t figure out what because she didn’t feel sick and didn’t have any symptoms.

It was only when she lost a bit of weight and noticed a lump in her abdomen that she began to catch on.

She went to the doctor, but even then it took a while to get to the bottom of things. Doctors suspected the lump was cancer, but when they tested for an ovarian cyst, ovarian cancer, and bowel cancer, the tests all came back negative.

Finally they figured it out – the lump was a rare cancer of the appendix called pseudomyxoma peritonei.

This type of cancer is often caught too late because it is hard to detect and takes time for symptoms to develop, but thanks to the cats’ persistence they were able to find the cancer before it had spread too far.

Doctors ended up having to remove Stephanie’s uterus, gallbladder, cervix, spleen, and a section of her bowel, but they say she is very lucky that the cancer hadn’t spread further.

“The surgery was horrendous, and I was in intensive care for a couple of days on morphine,” Stephanie said, “but I would have died without it.”

She knows that, had her cats not detected the cancer and worked so diligently to alert her, she might not be here today.

“I absolutely believe the cats knew,” she said. “The cancer is a molecular change in your body, so you give off a different smell that they pick up on, and they just try to get your attention”

Thanks to her cats and the swift work of her doctors, Stephanie is now home with her family and, of course, her life-saving cats.

Were you amazed that Stephanie’s cats were able to detect her cancer and alert her? So share this!