Mom Trying To Sleep When Cat Goes Crazy. Then She Walks Into Baby’s Room And Sees It… 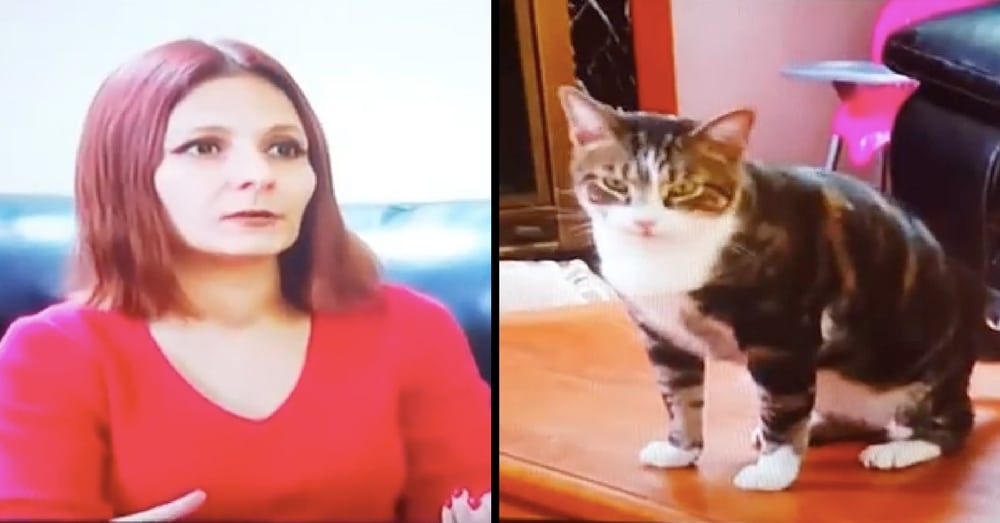 Herbie the cat had been brought to the Staten Island Hope Animal Rescue but, despite being very friendly, no one seemed to want him. The rescue organization approached single mom Janine DeMartini, who had worked with them before, and asked if she would foster the cat. Janine agreed.

One day, after coming home from an exhausting day at work, all Janine wanted to do was sleep. Usually Herbie would sleep at the foot of her bed, but this time he kept meowing at her and headed for the bedroom door.

Janine was so tired that she was tempted to ignore him, but she knew this was unusual behavior so she decided to follow him. What she found made her so glad she did!

Herbie led Janine to the door of the next bedroom where her daughter Isabella, who was only a few months old at the time, was sleeping.

When Janine opened the door she saw her worst nightmare – Isabella had rolled over and had a blanket covering her face. The infant was making strange noises as she struggled to breathe.

Janine quickly grabbed her daughter and soothed her until she was sure she was okay. Without Herbie, Isabella probably would have suffocated to death.

The heroic cat has found a forever home with the grateful family, and he continues to watch over all of the children – especially Isabella!

Were you amazed by Herbie’s heroic actions? So share this!