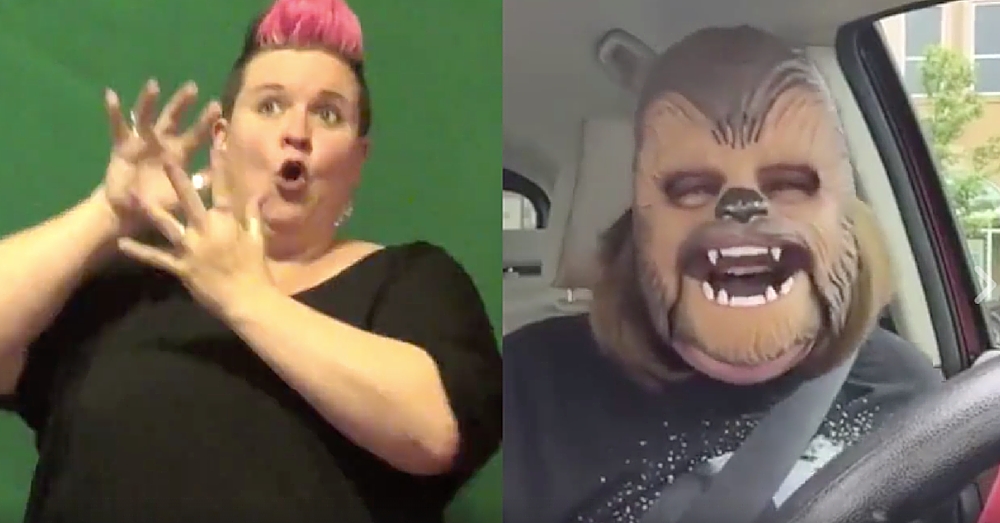 Candace Payne became an overnight sensation when she live streamed herself trying out her new roaring Chewbacca mask for the first time. The video, meant for her friends and family, instantly went viral and became the most-watched Facebook live video of all time.

While it may seem like everyone has seen the video, there is at least one group of people who hasn’t been able to appreciate it fully – the hearing impaired community.

While Candace’s joy is easy to read on her face when you can see it, for most of the video her face is covered by the mask. The real hilarity of the video is being able to hear the roaring and laughter.

To make sure even those with hearing impairments can take part in the joy this video brings, sing language interpreter Amber Galloway Gallego took it upon herself to sign the whole video next to the original.

Amber manages to capture the hilarity of the video with her signs, facial expressions, and movements. The integrity of the original video is kept intact as she laughs her way through the dialogue.

Click on the video below to relive the hilarity of the “Chewbacca Mom” in a whole new way!

Did this video delight you as much as it did us? So share this!