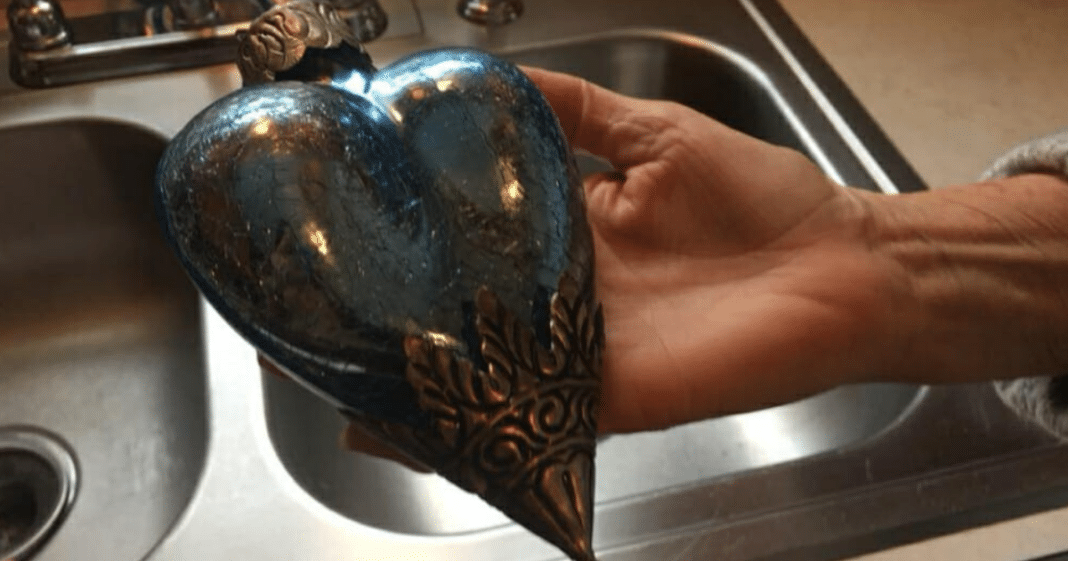 Priscilla Bailey, a Plymouth, Massachusetts woman, was recently shopping at her local thrift store when she spotted a beautiful blue heart-shaped ornament. She thought it would be perfect in her kitchen window so she bought it. It cost $2.99.

“Right up here on the top, right across the top, it looks like angels or Vikings. They look like little angels, and there’s all this work down here. It’s really beautiful,” she told Boston 25 News.

When she got home, she hung it up in her window where it beautifully captured the sunlight that came through the window. 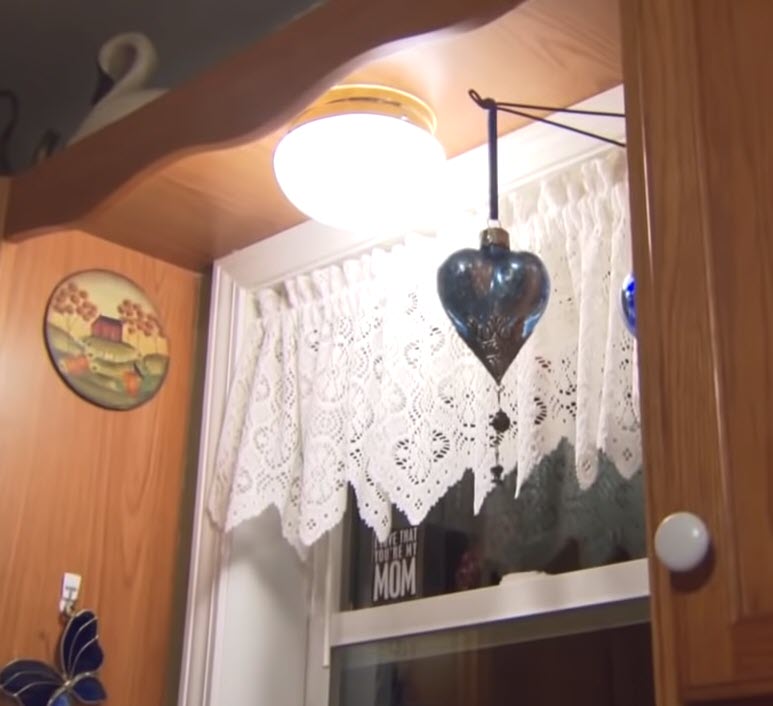 After several weeks, she became curious about what might be inside the ornament. So she took a flashlight to get a closer look. She saw two spots, both the size of a golf ball. At that point, she realized that she may have been looking at the ashes of a departed human being.

She won’t open the heart to be sure, feeling that she’d be breaking something sacred. Her daughters contacted Boston 25 News in the hope that she’d be able to reunite the urn with its family member.

Boston 25 visited the thrift store hoping to glean more information. They were referred to the corporate office, but they’ve not heard anything back from them. 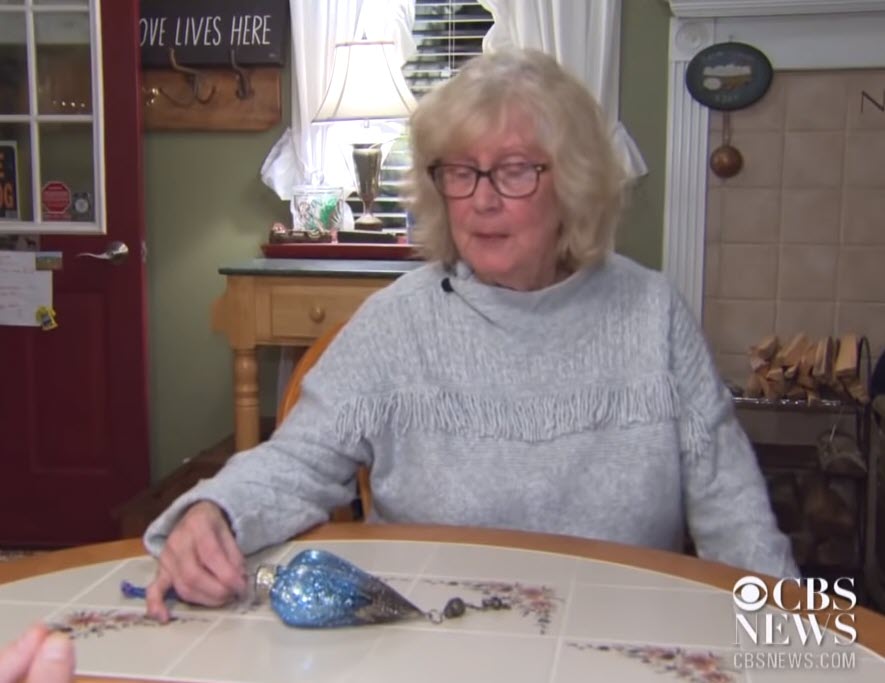 As for Priscilla, she’ll safeguard this precious memorial for now.

“I think it’s pretty. It’s beautiful. It still hangs in my kitchen, even though I think it’s an urn. I just don’t know what to do with it other than hang it up and wait,” she said.

We hope that whoever is missing this treasure will soon be reunited with their loved one.