She Notices Thrift Store Bag Is Oddly Heavy. When She Looks Inside Instantly Sees Why 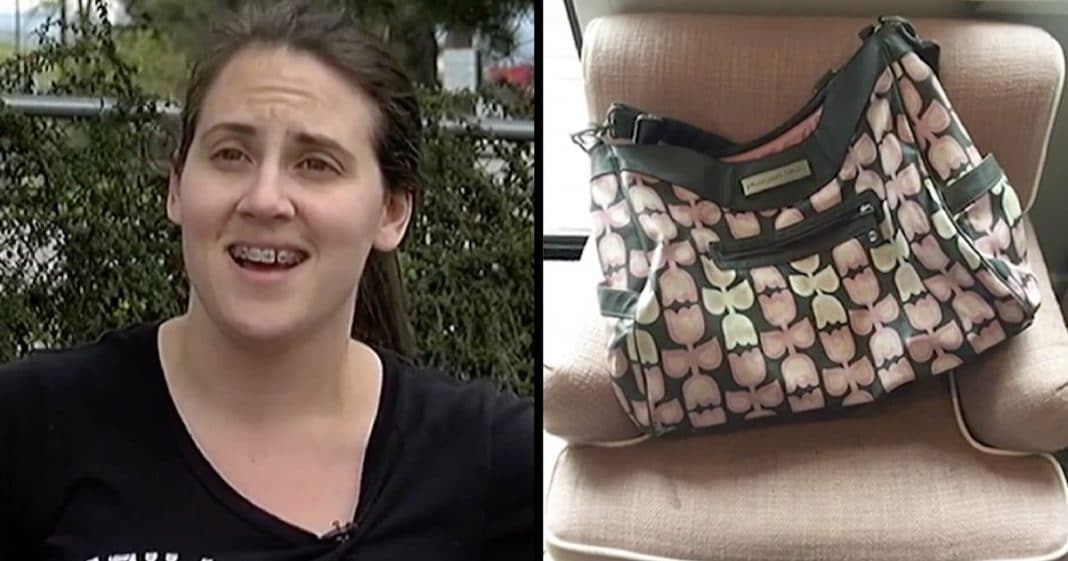 Most people shopping at thrift stores are just looking for a good deal, but sometimes they get way more than they bargained for. That’s what happened to Sarah Thomas when she was shopping at a Goodwill in Southern Oregon.

Sarah is the owner of Sarah’s Southern Oregon 2nd Hand Deals. She looks for hidden treasures like purses, shoes, and clothing at thrift stores, cleans them up, and then resells them.

On this particular day, she had spotted a designer diaper bag that just needed a little cleaning. She snatched it up for $3 and then took it home to get it ready for resale.

As she began to clean it, though, she noticed that the bag felt unusually heavy. At first she was confused because the bag was empty, but as she investigated further she found a hole ripped in the bag’s lining. She dug around a little inside the liner and found a small digital camera.

Sarah turned the camera on and found dozens of photos of a woman with a little boy. She knew whoever had lost this camera needed to have it – and the memories it held – back.

Taking a chance on social media, Sarah posted some of the pictures to her Facebook page and asked if anyone knew who the people in the photos were. To her surprise, within an hour someone had identified the mystery woman as Katie Conner and connected her with Sarah.

Soon after the two women met up and Katie was overjoyed to receive the priceless treasure she had thought was gone forever.

“It’s been a while since I’ve seen this camera,” she said, adding that the photos of her and her son dated back to 2011. “I think we thought it was long gone.”

Katie’s son is now seven, and she said she was looking forward to seeing the pictures and remembering the special times they had together during his toddler years. She couldn’t believe a stranger would go out of her way to make sure she was reunited with the precious pictures.

Sarah insists that what she did was not a big deal and said she was just doing the right thing.

Were you amazed that Sarah went through the trouble of tracking Katie down and returning her camera? So share this!