Prince William Breaks Royal Protocol, Shocks Palace – His Mother Would Be So Proud 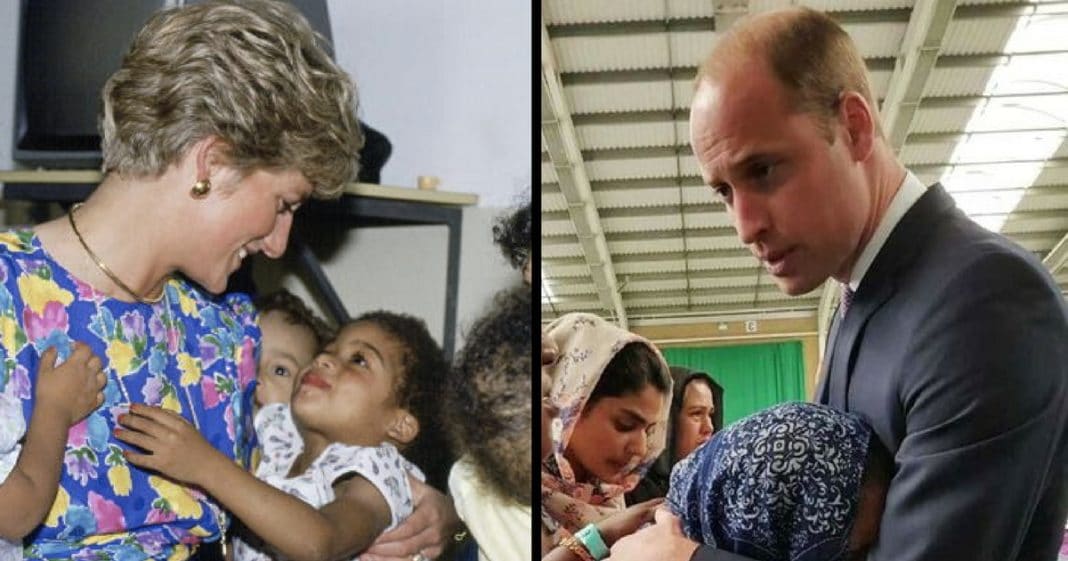 The Grenfell Tower fire in London has dealt a devastating blow to the U.K. Since last Wednesday, 79 people have been confirmed dead and authorities expect that number could continue to rise.

Families and loved ones all over the world have been mourning the loss of so many bright lives, and the British people have looked to their leaders for answers and action.

On Friday, Queen Elizabeth II and Prince William made their way to a crisis center to visit the survivors and meet the victims’ families and the rescue workers who were affected by the blaze.

It was there that the beloved prince did something that shocked the nation and the world – and brought to mind so many images of his mother, Princess Diana.

While, historically, touching members of the royal family is limited to handshakes, Prince William broke protocol and wrapped one woman in a warm embrace.

Prince William hugs crying woman desperate to find her husband who was trapped in lift in Grenfell Tower fire pic.twitter.com/PA7QgiSII6

The woman was reportedly desperately trying to locate her husband, who had been trapped in an elevator at the time of the fire, and was understandably distressed.

Instead of holding her at arms’ length and giving her his formal sympathies, the prince met the woman where she was at and showed her compassion in a way few members of the royal family have done.

While the hug went against royal protocol, it was obvious to many where William’s compassion stems from. The embrace brought to mind so many images of the prince’s mother and the kindness and compassion she showed to those who were sick and hurting around the globe.

Princess Diana didn’t care who the people were or what kinds of sickness they might have – she touched people and met them where they were, and her love and compassion ended up changing the royal family – and the world – forever.

It is clear Prince William and his brother, Prince Harry, have inherited their mother’s kindness and compassion for those less fortunate. They may have grown up in palaces, but their hearts are with the people.

Though Diana may be gone, her spirit lives on through her two sons, and we know she would be immensely proud of the men they are today and the way they are carrying on her legacy.

Were you impressed with the way Prince William broke royal protocol and showed love and compassion to those who are grieving? So share this!