Mom Tosses Baby From 10th Floor Of Burning Building. What This Man Does Next Is A Miracle 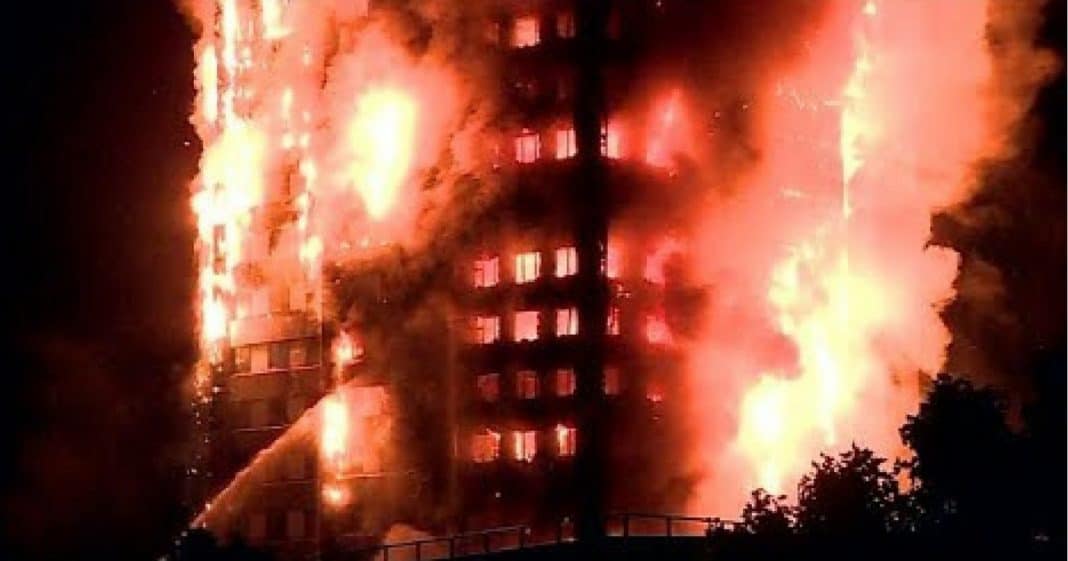 The U.K. has endured so many tragedies recently. Just this year there was an attack on Westminster Bridge, a bombing at the Manchester Arena, and another terrorist attack that took place in various locations in London. It seems that as they begin to recover from one horrific event, another occurs.

On Wednesday, the latest in a string of horrible tragedies left London residents in shock as Grenfell Tower, a 24-story apartment building in north Kensington, caught on fire.

Forty fire engines and more than 200 firefighters rushed to the scene to get the blaze under control, but for many, it was too late. As the flames rose through the building, witnesses said they could hear the screams of people trapped on the upper floors.

“People were starting to appear at the windows, frantically banging and screaming,” witness Samira Lamrani recalled.

As residents realized there was no way out, some resorted to desperate measures to save themselves and others.

Samira recalled seeing one mother on “the ninth or 10th floor” of the building start gesturing to the crowd below. She knew she wasn’t going to make it out alive, but she wanted to do whatever she could to make sure her baby had a chance.

The frantic mother motioned that she was going to drop her baby out of the window, hoping that someone would see her, understand her, and come to her baby’s aid.

“A woman appeared at the window gesturing and trying to get someone’s attention. She had the baby in hand — she was gesturing like she was going to throw the baby out,” Samira said. “She wrapped the child up in some sort of thick blanket, and then just dropped the baby out of the window.”

Miraculously, one man did see her and ran toward the burning building.

“Somebody did, a gentleman ran forward and managed to grab the baby,” Samira recounted. “The baby just sort of dropped in a straight line, and a guy just ran forward and the baby fell into his arms.”

Amazingly, the baby survived, though there is no word on where it is now or what condition it is in.

“In my 29 years of being a firefighter, I have never, ever seen anything of this scale,” she said.

Seventeen people have already been confirmed dead, and police expect that number to rise. Seventy-four people have been treated in six different hospitals in the area, 30 of whom remain in the hospital and 15 of whom are in critical care. A number of firefighters also sustained minor injuries.

Firefighters were able to rescue 65 people from the building while others made it out on their own, but there are still unknown numbers of others who remain unaccounted for. Police say it is unlikely any more survivors will be found.

Please join us in keeping the victims of this terrible tragedy, their loved ones, and the heroic emergency responders who have been through so much in your thoughts and prayers.

Will you join us in lifting up the victims of this tragedy in prayer? So share this.