Passenger Grabs Microphone At Airline Counter. When He Starts To Sing She Grabs Her Camera 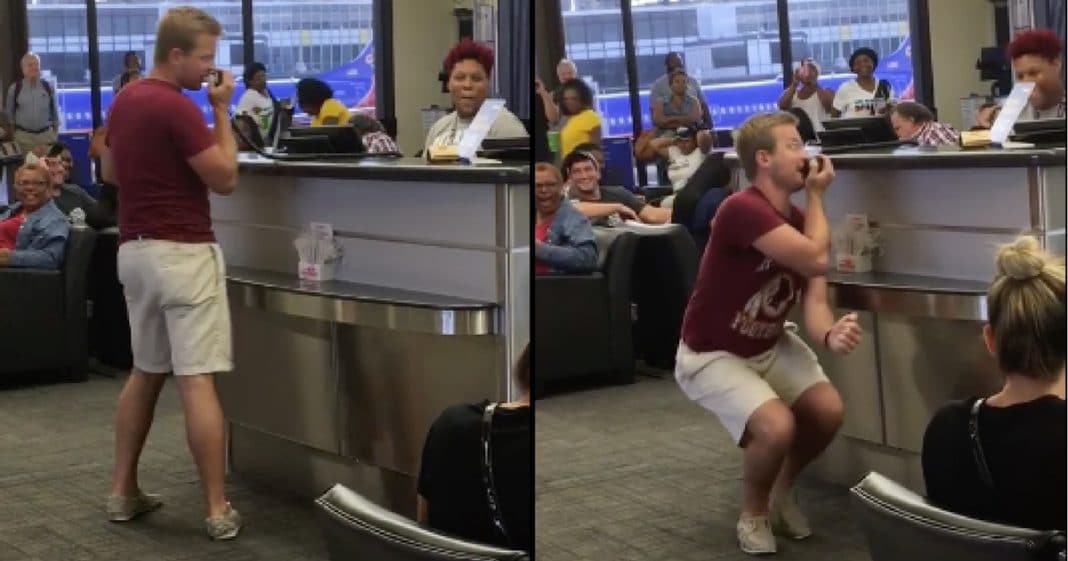 We love Southwest Airlines for a number of reasons. Over and over again they show that they truly care about their passengers, and they encourage their customers and employees to have fun while they’re working and traveling.

This viral video, which has already been viewed almost three million times in a matter of just a few days, proves just that.

Passenger Mike Vadala captured the scene as he waited for his flight at the Louis Armstrong New Orleans International Airport.

He said the gate agents had humorously told customers they would have to sing a song before they could ask a question. While most people would probably just sing a timid version of “The Itsy Bitsy Spider” – or avoid asking questions altogether – this anonymous passenger decided to take things to the next level.

He grabbed the microphone gate agents usually use to make announcements and started singing a spirited rendition of “No Diggity” by Blackstreet, complete with dance moves. Pretty soon the entire waiting area was clapping, cheering, and singing along!

It’s appropriate this happened in New Orleans – a city known for its music. While traveling can sometimes be a headache, this man helped make the day a joy for everyone around him. We can’t get enough!

Did you love watching this man “get down” as much as we did? So share this!