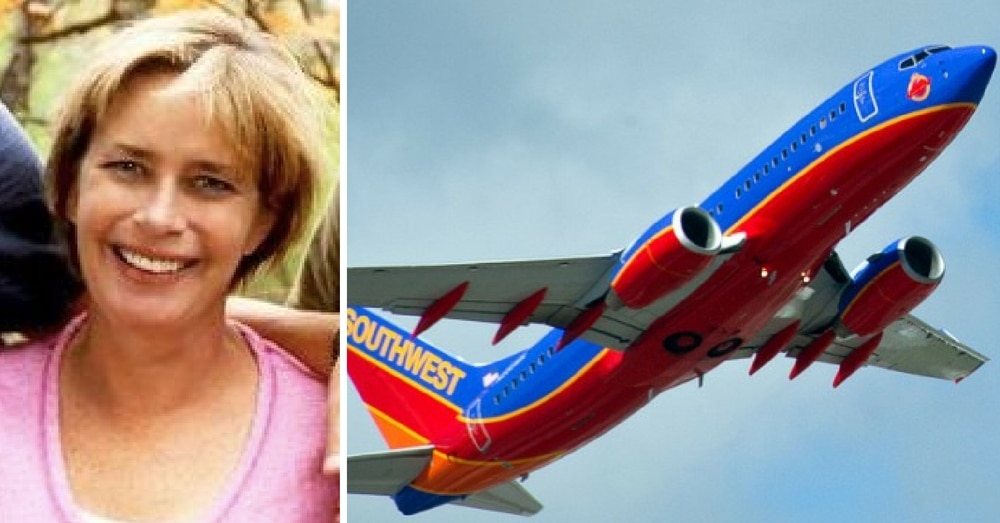 These days when you hear about an airline in the news it’s usually something negative, like lost luggage or increasing fares or smaller seats. That’s why it’s such a nice surprise to hear about an airline that actually went above and beyond to show kindness and compassion to one of their passengers.

Peggy Uhle was on a Southwest flight from Chicago to Columbus, Ohio, when the plane, which had been taxiing, suddenly turned around and went back to the gate. As they approached, a flight attendant came to Peggy and told her she would need to get off the plane.

At first, Peggy thought she had accidentally gotten on the wrong flight, but then the gate agent told her she needed to call her husband right away.

That’s when she found out that their son, who lives in Denver, Colorado, had sustained a head injury and was in a coma.

Peggy immediately began to try to figure out what she would need to do to get to her son, but then the gate agent told her something that bordered on miraculous – they had already made all of the arrangements for her!

“The gate attendant already knew the situation and had booked me on a direct flight to Denver that was leaving in the next two hours,” Peggy said. “They offered a private waiting area, rerouted my luggage, allowed me to board first, and packed a lunch for when I got off the plane in Denver. My luggage was delivered to where I was staying, and I even received a call from Southwest asking how my son was doing.”

And they didn’t charge her for any of it!

Peggy could not believe the lengths Southwest went to to make sure she got to her son quickly and with the least amount of hassle possible.

“The care that I was shown is second to none,” Peggy said. “We have always liked Southwest Airlines and now we can’t say enough good things about them.”

Peggy’s son ended up suffering a traumatic brain injury and he continues to recover, but thankfully she can be with him while he does. Our thoughts and prayers are with Peggy’s son and the entire Uhle family during this difficult time.

Were you blown away by the care Southwest Airlines showed Peggy? So share this today!