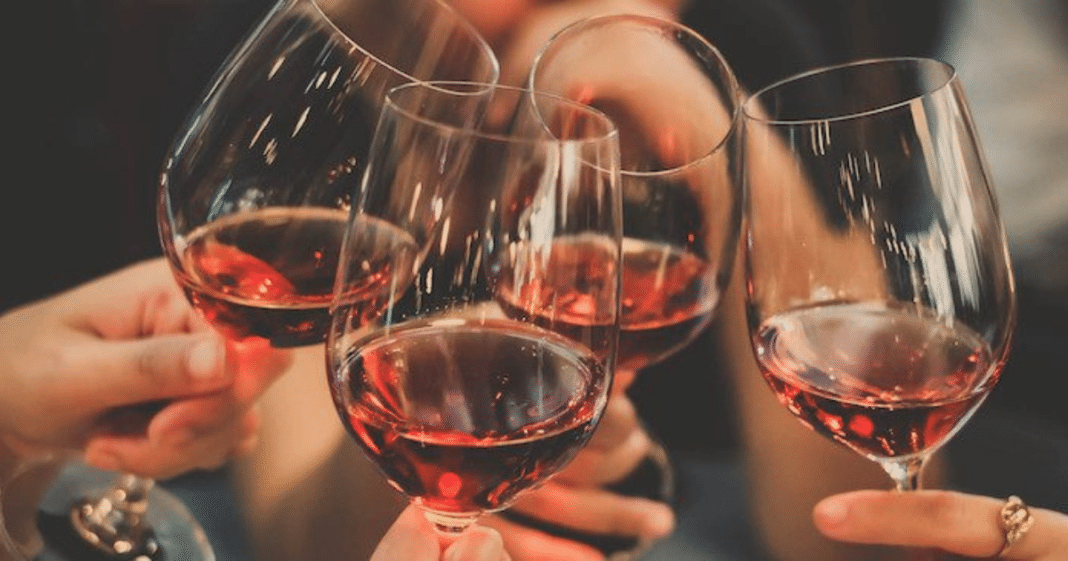 The secret to old age isn’t exactly a well-guarded secret. The slight problem is, many older people have different ideas about it. We covered the stories of Jessie Gallan from Scotland, who lived to be 109 and swore by staying away from trouble-making men and keeping active. We looked at 104-year-old Theresa Rowley, who swore by drinking one Diet Coke every day, although doctors definitely weren’t in agreement.

Now we have another idea and one that many of us will no doubt embrace, drinking a glass or two of wine a day. As it turns out, the more you wine (in moderation) the longer and healthier you may live.

Did you know that indulging in chocolate and sipping your favourite red wine actually has proven health benefits? According to recent studies, eating chocolate and drinking red wine could prevent ageing! Want to know more? Check out the article from Higher Perspective! pic.twitter.com/PZRY0HpUpa

A specialist in neurology from the University of California, Dr. Claudia Kawas has carried out research for over 15 years. Her so-called “90+ Study” closely examined 1,700 nonagenarians, people in the 90 to 99 age range. Participants took neurological tests twice annually, revealed their medical histories, and discussed their lifestyle habits, diet, and medications with researchers.

According to the Independent:

“They discovered that those who consumed approximately two glasses of beer or wine a day were 18 percent less likely to experience a premature death.”

Now for those of us who seem to struggle a bit with our weight, there is more good news:

“Furthermore, those who were slightly overweight, although not obese, were recorded as having a three percent reduced chance of an early death.”

Dr. Kawas didn’t have a clear answer for why drinking in moderation seemed to help, only that it appeared to be a daily habit for those in the study.

“I have no explanation for it, but I do firmly believe that modest drinking improves longevity,” Dr Kawas stated at the conference.

Jim Becker, Ph.D., weighed in on the findings, saying it’s not for everybody.

“The data are generally consistent with the idea that moderate intake of certain kinds of drinks, and in particular red wines, are associated with certain positive health outcomes.

But that doesn’t mean that if you suddenly decide at the age of 70 to start drinking now that that’s necessarily the solution.”

The Mayo Clinic acknowledges that light drinkers who consume alcohol in moderation can have possible health benefits, but it’s not risk-free. For some, it may be better to avoid alcohol entirely.

They define drinking in moderation as:

“Moderate alcohol use for healthy adults means up to one drink a day for women of all ages and men older than age 65, and up to two drinks a day for men age 65 and younger.”

Possible health benefits are reducing the risk of heart disease, ischemic stroke (which happens when arteries in the brain become restricted), the risk of diabetes, and coronary artery disease. Moderate alcohol use also has some risks, including “a tiny, but real, increased risk of some cancers, such as esophageal cancer.” As usual, “drinking and driving is never a good idea.” On the other hand, excessive drinking has many serious consequences for your health.

As much as we’d love to hear it, a glass of wine may not be a cure-all. As usual, exercise and physical activity seem to have the best health benefits. Still, for some people, a drink of wine could be a great way to de-stress and keep those benefits going even further.

Interestingly, even though the reports about the health benefits of wine in moderation have been out for some time, millennials don’t seem to be soaking up the news. According to the Wine Intelligence US Landscapes 2019 report, there has been a “marked decline” in the frequency people under the age of 35 are drinking wine and alcohol generally. The number of regular drinkers under age 55 has fallen by approximately four million people, even though the population is always rising.

Health-conscious millennials seem to be gravitating to alternatives, such as organic and lower-alcohol wine, wine in a can, beers, and ciders. Would they drink more wine in moderation if they thought it would help them live to be 100?

Everything in moderation, combined with exercise, staying busy, and avoiding too much drama seems to be the common formula for a long and healthy life. Don’t forget to smell the roses, as they say, drink the wine, eat the dark chocolate, and be merry.

Here’s a look at the benefits of our other favorite, chocolate, from the Mayo Clinic: