Kids Wait To Sing With Backs Turned, But Watch What Happens When The Girl In Red Spins Early 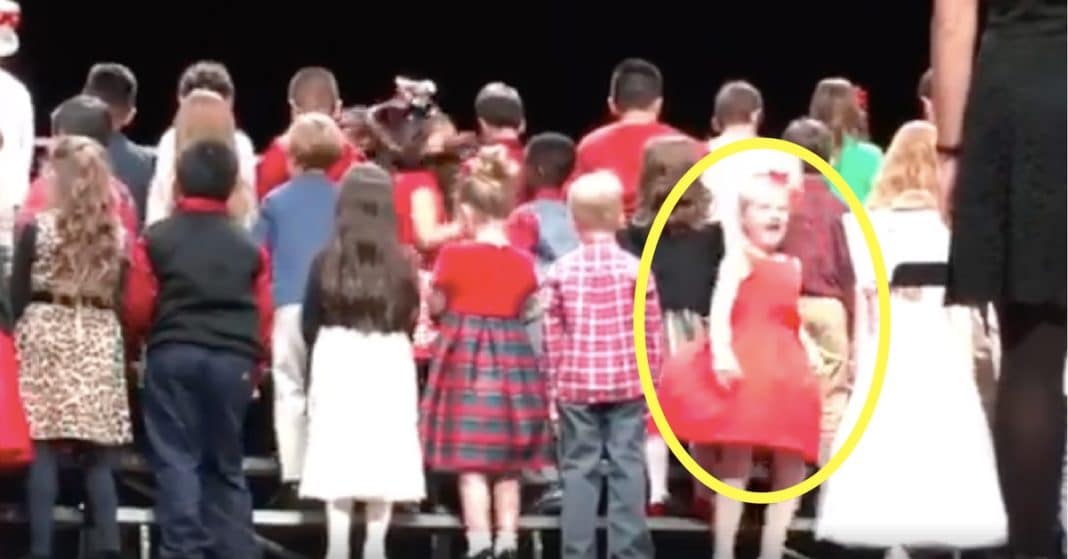 Some kids get on stage and freeze up. They stare at the audience with wide eyes as their peers sing or dance around them.

Others follow along exactly as they are supposed to. They sing the songs and do the hand motions and dance moves just as they were taught.

But every so often, a child comes along who you just know is destined to be a star!

That’s exactly what happened when these children performed at their school’s annual Christmas concert.

Kelly Cardillo was filming as her daughter’s class sang “Boogie Woogie Reindeer.” All of the kids started out with their backs turned toward the audience. After the music started they were supposed to turn around, but Kelly’s daughter was so excited she turned around a little early…and it just got better from there!

“She brought the house down,” Kelly said. “See if you can guess which one she is”

This adorable little girl is destined for the stage! She’s got spunk and spirit and it’s clear she loves to perform!

In just a few days, the video has already racked up over seven million views! People just can’t get enough!

One thing’s for sure – this is one performance none of those parents will ever forget!

Did you love watching this adorable and hilarious performance as much as we did? So share this!