Kids Line Up To Sing For Graduation, But Keep Your Eye On The Girl In The Middle… 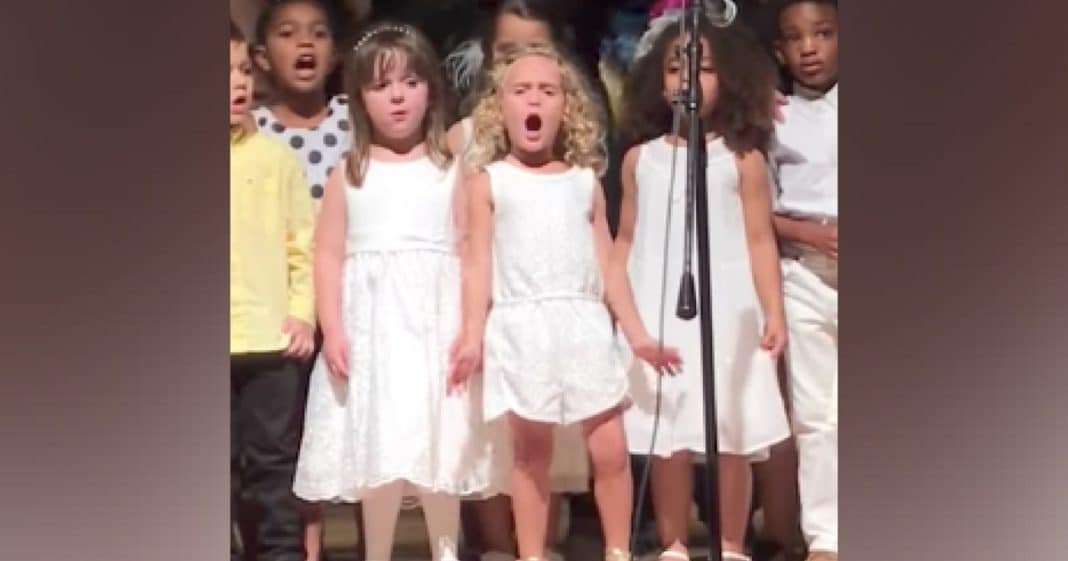 Some kids were just born to be stars, and little Sophia Urquijo is definitely one of them!

The adorable 4-year-old from Miami, Florida, had made it through pre-school and was about to graduate into kindergarten. For the end of the graduation ceremony, the teachers had helped prepare the kids to sing “How Far I’ll Go” from the popular Disney movie Moana.

Sophia’s mom, Michelle Neshin, said the song was supposed to be a mellow one…but apparently Sophia did not get that memo.

As the rest of her classmates stood on stage and quietly sang along with the track, Sophia began to belt out the lyrics. Not only did she sing out, but she used her whole body to really convey the emotion of the song, stamping her foot and spreading her arms wide as she sang.

Her performance had the entire audience in stitches by the end, and when you see it you’ll know exactly why!

Michelle said Sophia loves the Moana soundtrack and “belts out the notes almost daily,” but her performance at the graduation took them all by surprise.

“When I first saw her from the audience, I was a mixture of absolutely surprised and proud,” Michelle said. Because “as the smallest and youngest one of her graduating class she had the confidence to get up there in front of an auditorium full of people and really be herself.”

Michelle originally took the video to share with Sophia’s grandmother, who’d had a family emergency and couldn’t attend the graduation. After posting it, though, she kept getting messages from people who had seen it and wanted to tell her how much it had brightened their days.

In just a few days the video has already racked up almost two million views! People just can’t get enough of this precocious little girl!

One thing’s for sure – little Sophia has a bright future ahead of her! We can’t wait to see what she does next!

Did you love watching Sophia’s adorable and hilarious performance as much as we did? So share this!