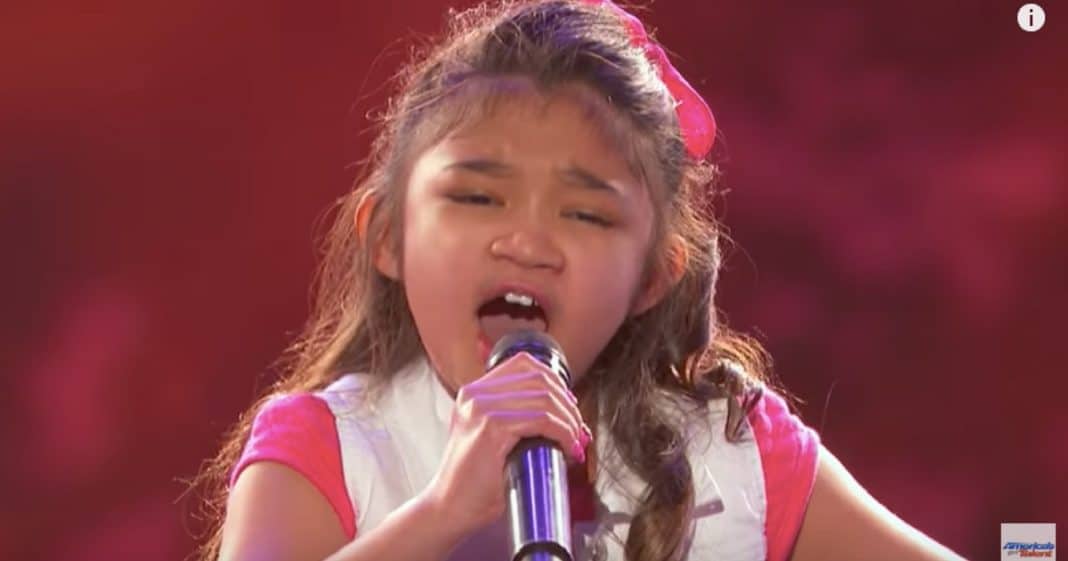 Little Angelica Hale has already made herself a household name after her incredible first performance on America’s Got Talent. The adorable 9-year-old had judges smirking in amusement when she said she wanted to be the next Whitney Houston, but when the tiny powerhouse opened her mouth and began to sing Andra Day’s “Rise Up,” they were quickly eating their words!

When Angelica sings, it is almost unbelievable that the voice you are hearing is hers! She sings with such power and maturity – it is truly remarkable.

Many fans were shocked when Angelica didn’t get the Golden Buzzer from the judges during the first round of auditions, but that just meant we got to hear her sing again in the next round! Angelica told judge Heidi Klum that she was nervous – even more so than the first time she sang – but she was also excited.

In just seconds, it was clear she didn’t have anything to be nervous about! Angelica treated the audience to a performance of Alicia Keys’ “Girl On Fire,” and there was no doubt that they had a star in their midst!

Guest judge Chris Hardwick was blown away. “You walk out, and you’ve got these sneakers on and you look like this adorable little child, and then you open your mouth and it’s like, how do those pipes fit in that tiny body?!” he gushed. “You are unbelievable!”

Then, as the crowd chanted “Golden Buzzer,” Hardwick told her, “Angelica, you are the chosen one!” and hit the Golden Buzzer, sending the sweet singer through the auditions and to the live rounds.

It’s hard to think of someone more deserving! We can’t wait to hear what Angelica has in store for the rest of this season.

One thing is for certain – this girl is on FIRE!

Did you love Angelica’s performance as much as we did? So share this!