Judges Skeptical When She Says She Sings Like Whitney Houston. In Seconds Their Jaws Were On The Floor 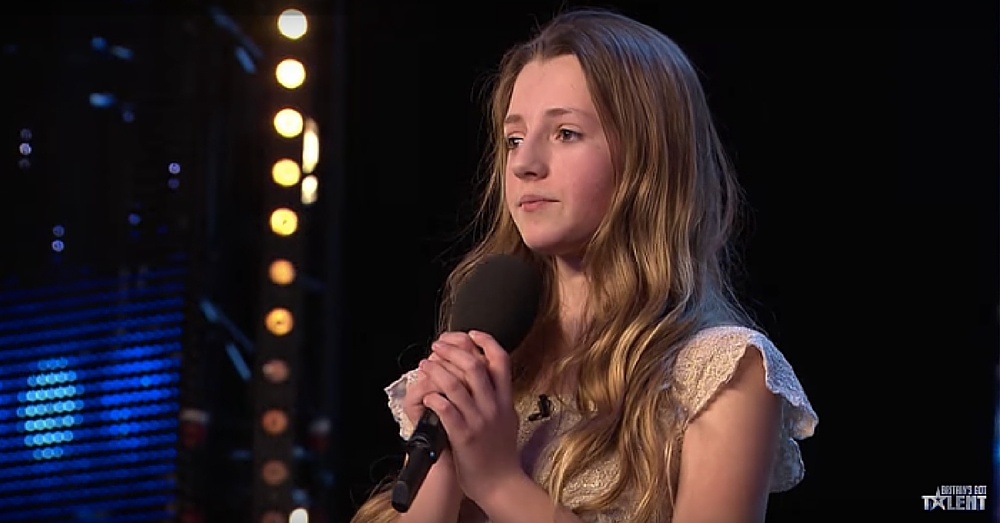 When 12-year-old Maia Gough took the stage at Britain’s Got Talent, judges weren’t sure what to think. The sweet girl had a shy smile that endeared her to the judges and the audience almost immediately, but could she actually sing?

Judge David Walliams helped calm Maia’s nerves before she began her performance, complementing her dress and joking that he almost wore the same one that day.

After telling him that she had brought a large number of her family members with her for support, David asked Maia who her biggest singing idol is, and she said she loved Whitney Houston and would be singing one of her songs for her audition.

Judges Simon Cowell and Alesha Dixon looked noticeably concerned when she said she would be attempting to tackle one of the legendary singer’s difficult numbers, but they shouldn’t have been worried. As soon as Maia opened her mouth, the judges and the audience knew they were witnessing something special.

Her voice sounded much more mature than that of a 12-year-old, and her rendition of the song was beautiful, capturing the power of the original. Her performance received a standing ovation, not just from the audience, but from the judges as well. This girl truly has a special gift!

Watch her incredible performance by clicking on the video below:

Were you impressed by this 12-year-old’s vocal skills? So share this!