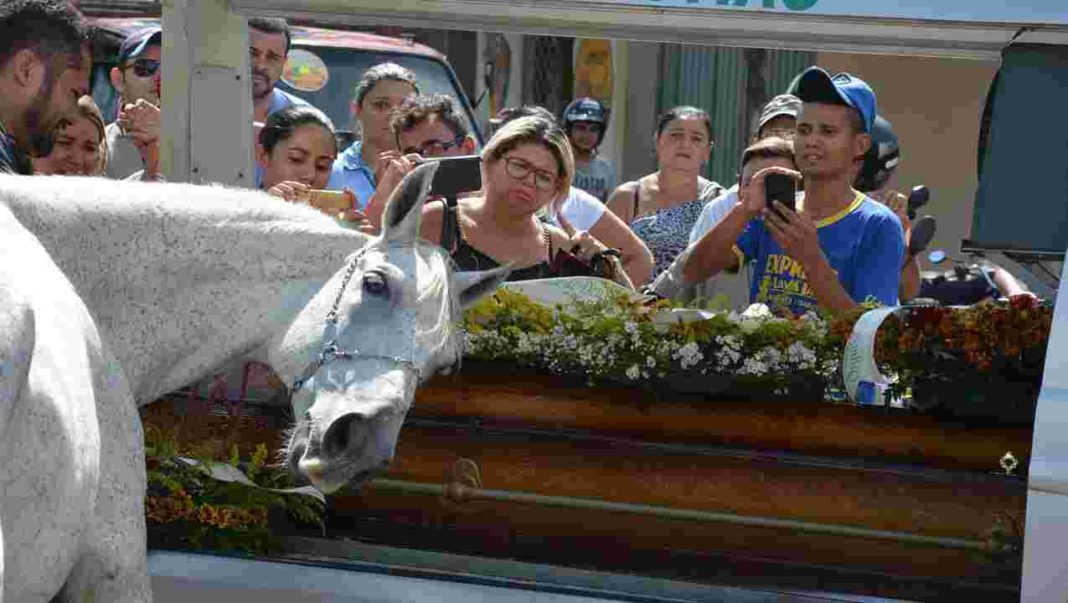 The love and loyalty of animals to their human companions is mind-boggling. They give us their undying and unconditional love when we’re alive, and sometimes, even when we die. 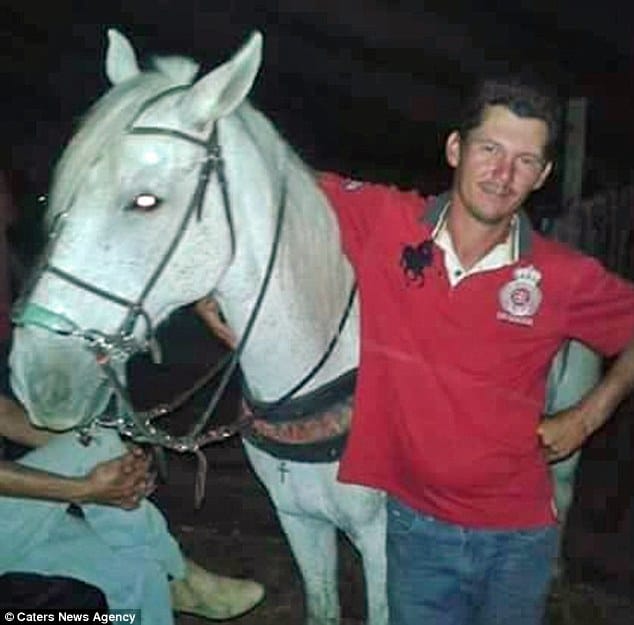 When Wagner de Lima Figueiredo died in a motorcycle accident at the age of 34, family and friends grieved at his funeral in Brazil. But it was his best friend whose grief went viral. Wagner’s beloved horse, Sereno, attended the funeral. 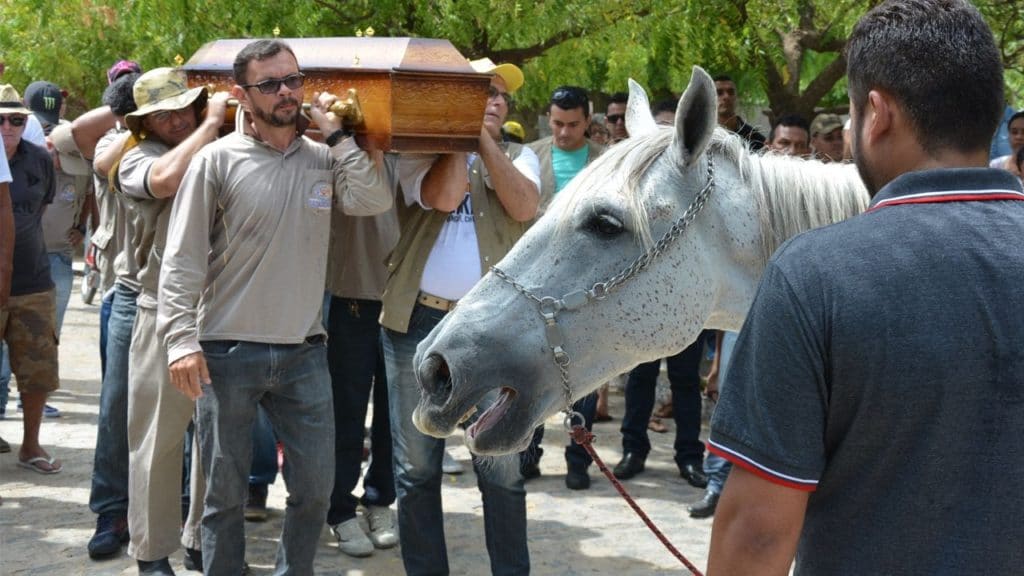 It was Wagner’s brother, Wando de Lima, who knew the deep love between Sereno and Wagner, and he knew Sereno had to be there to say goodbye to his master and best friend.

“He had a passion and a great love for him,” says his brother. “Sometimes he would even stop buying things for himself to make sure he could afford to buy horse feed.” 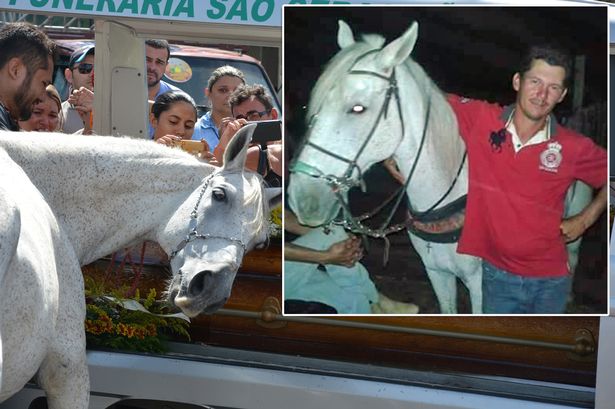 “This horse was everything to him, it was as if the horse knew what was happening and wanted to say goodbye,” Wando de Lima, Wagner’s brother, told Globo.com.

“All the way to the cemetery he would whimper and stomp,” he said.

Sereno stunned the funeral attendees when he laid his head on Wagner’s coffin and began to cry.

“As we brought the coffin out at the beginning of the funeral, (Sereno) sounded like he was crying and as if he recognized that his owner was finally leaving him. He pounded the ground with his hooves and kept on whinnying. It was very sad.”

Wagner was a semi-pro cowboy who worked alongside Sereno in rodeos. Sereno will live with Wagner’s brother and his family as they all come together to try to heal from their tragic loss.