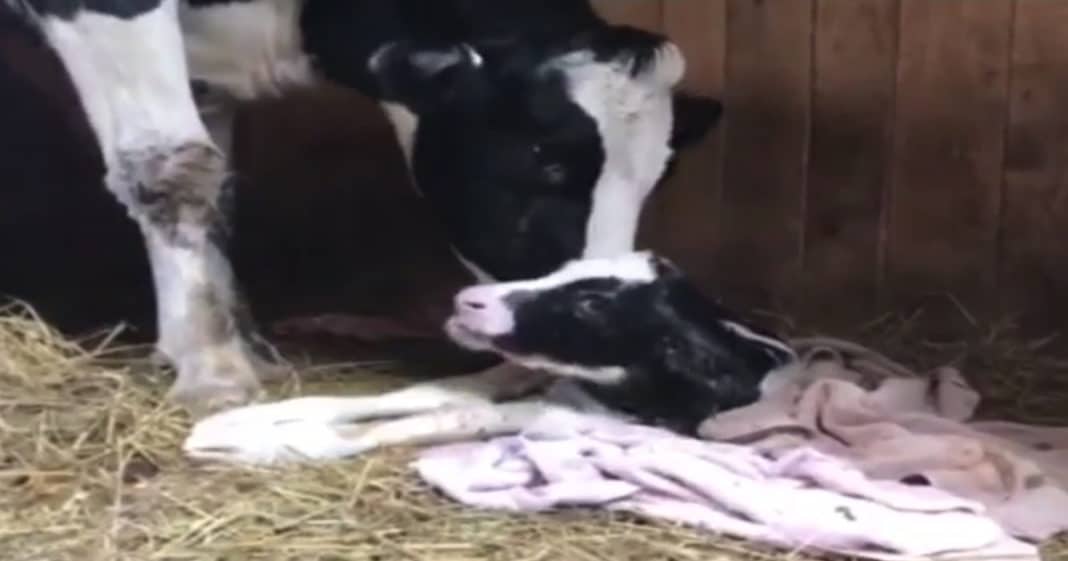 Over and over again, we see stories of mothers who will do anything to save their children. And that doesn’t just mean human mothers. Animal mothers will fight to save their babies, too. 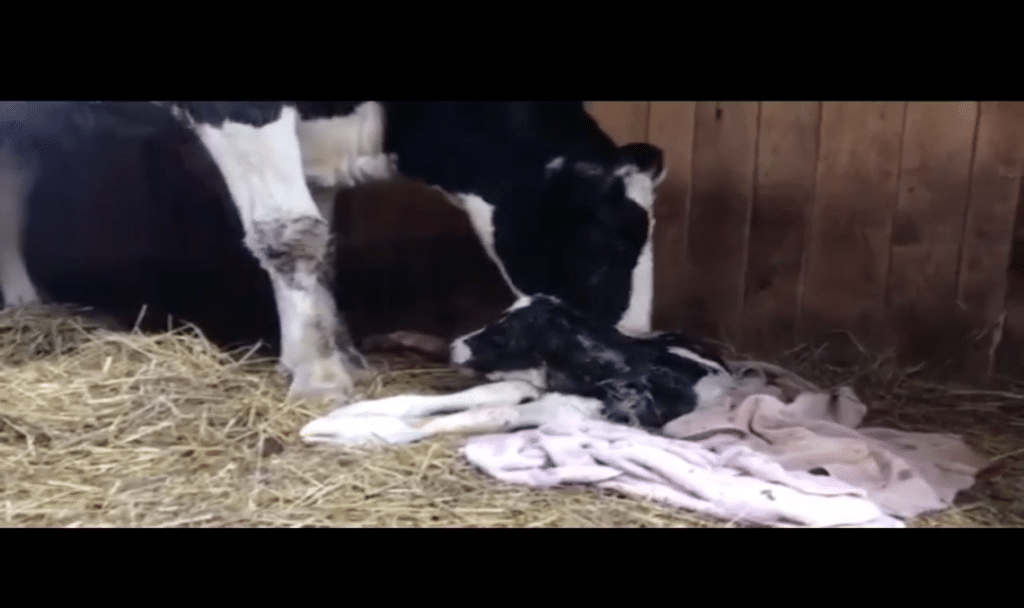 Last week, a mama cow made a harrowing escape from a cattle truck that was en route to a slaughterhouse. She wasn’t just saving herself. She was heavily pregnant.

Apparently, she kicked the door of the trailer open and jumped out onto the highway. Two days after her escape, she gave birth to a baby calf named Winter at the Skylands Animal Sanctuary and Rescue in New Jersey.

When the cow, later nicknamed Brianna, escaped, an “all hands on deck” call was made to police officers to try to get Brianna to safety so that she couldn’t harm drivers on the highway. Besides the obvious harm to an animal, hitting a 1000-pound cow will usually total a vehicle and can harm or kill the drivers and passengers.

As almost all of the police officer on duty in the area responded to try to catch Brianna, the rescue didn’t go exactly as planned, according to Paterson Police Director Jerry Speziale. He described the efforts of one state trooper to WCNC.

“He tried to get around it and hold it, and then he’s riding it like a bull down Route 80,” Speziale said.

Fortunately for those of us who want to watch this adventure, it was caught on tape. Police officers ended up having to use a tow strap after one officer’s attempt to rope Brianna failed. Watch the video of the heroic rescue, via Facebook.

Brianna was finally hitched to the back of a tow truck and taken to safety at the Skylands Animal Sanctuary and Rescue in nearby Wantage. The folks at the sanctuary were able to capture the birth on video.

You can hear my voice change when I say “Hi baby”, that is because I saw Winter open her eyes for the first time and look right at me. Easily one the most incredible things I’ve ever been involved in, but also extremely nerve-racking because the Dr. hadn’t gotten here yet.
I’d like you all to take a minute to contemplate the reality of this…

Brianna is a young girl, in great health, very far along in her pregnancy, and was on a transport truck that was taking her to slaughter. She was less than ten minutes away from that slaughterhouse when she flew out of the truck.

She’s never had freedom, she’d been impregnated about nine months ago, and had already lost her home and her family, but that wasn’t enough, EVERYTHING was about to be stolen from her, her beautiful baby, and her life.

This just goes to show you that a mother’s love extends far beyond human beings. We’re so happy Brianna and her baby made it to safety.