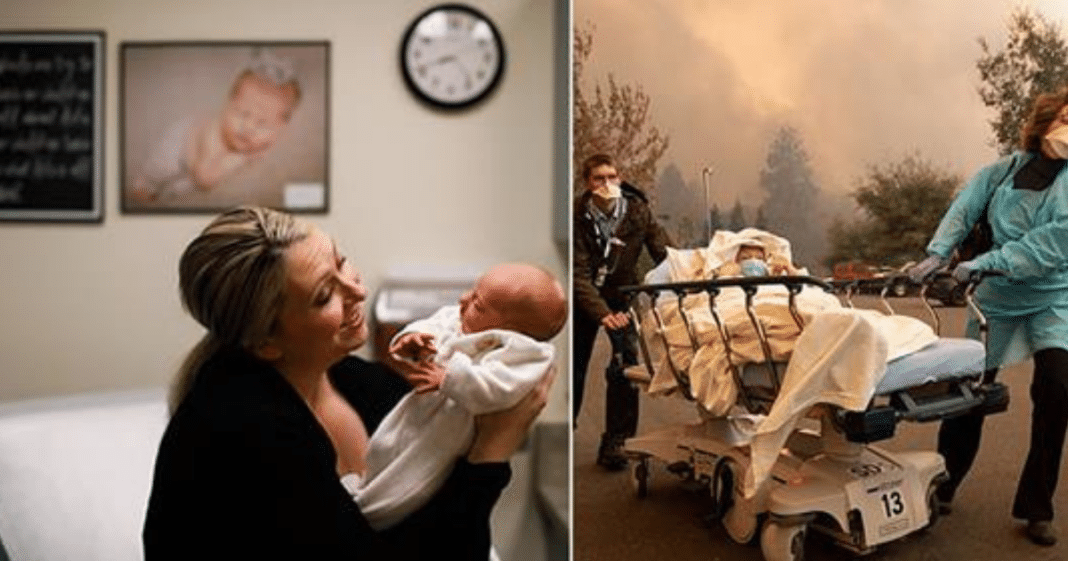 A story has come out of the California wildfire tragedy that seems right out of the movies. The thing is, though, in the midst of these tragic wildfires, heroic stories are emerging that are real, not fiction. The story of a mother’s love for her baby, however, is emerging above many others because it speaks to the heart of nearly every woman in the world who has ever given birth to a child.

As reported by CTVNews, Rachelle Sanders, 35, was resting at Feather River Hospital in the town of Paradise, California after giving birth to her baby boy via C-section. What should have been a joyous and peaceful time was wrought with anxiety and stress as this new mom had to make a devastating decision about her baby. 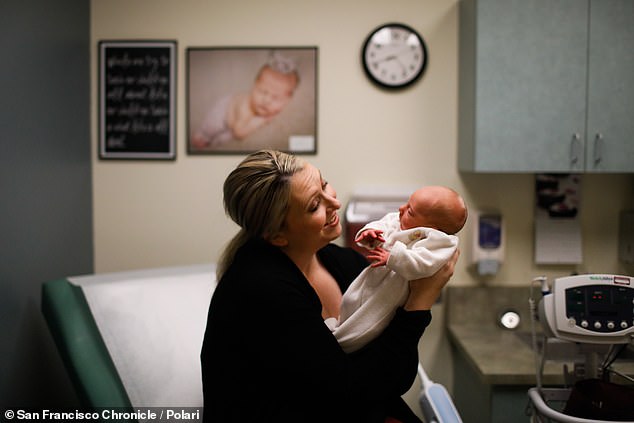 At 7:32 a.m. on November 8th, the Butte County sheriff ordered that the hospital be evacuated. As hospital staff rushed around the hospital, some entered Rachelle’s room to tell her what was going on. Because it was so soon after her C-section, Rachelle couldn’t walk. She was in a wheelchair with her baby, Lincoln, on her lap.

Hospital staff took Rachelle and Lincoln to the entrance of the hospital to try to get her into an ambulance, but there were too many people to evacuate via ambulance. Frantic hospital staff began putting patients into their own vehicles, desperate to save the lives with which they’d been entrusted. Rachelle was put into a white sedan, owned by a mechanical engineer named David, whose last name she did not know.

The plan was to get Rachelle and Lincoln to the nearest hospital, but a harrowing nine-hour escape ensued. They had to change routes numerous times to escape the flames. A terrified Rachelle sat in the car with Lincoln, her IV bags hanging from the rear-view mirror. In a strange twist of fate, they even ended up driving past Rachelle’s home, where only a chimney remained.

There was so much gridlocked traffic that people started abandoning their cars in a panic and running away from the flames. Rachelle didn’t hesitate when she made a split-second decision: if I can’t be saved, I have to save my baby. Since she couldn’t walk, it would have been impossible for David to save both her and Lincoln. If the car she was in had to be abandoned, she’d have no choice but to remain to perish.

“If it comes down to it, if you have to run, take the baby,” Sanders said she told David. “Leave me behind.”

Fortunately, it didn’t come to that. Giving up on escape, they headed back to the hospital they had fled from nine hours before, which, to everyone’s shock, was still standing. Rachelle and Lincoln were taken inside and they waited out the flames. They were later transferred to Enloe Medical Center in Chicco, California.

It’s impossible to imagine those nine hours when a mom and her newborn baby were stuck in a car, terrified. But we know that a mother’s love almost always trumps everything else. Rachelle is nothing but grateful. She told CNN:

“Never have I had a Thanksgiving come where I have had so little and felt more thankful and blessed.”