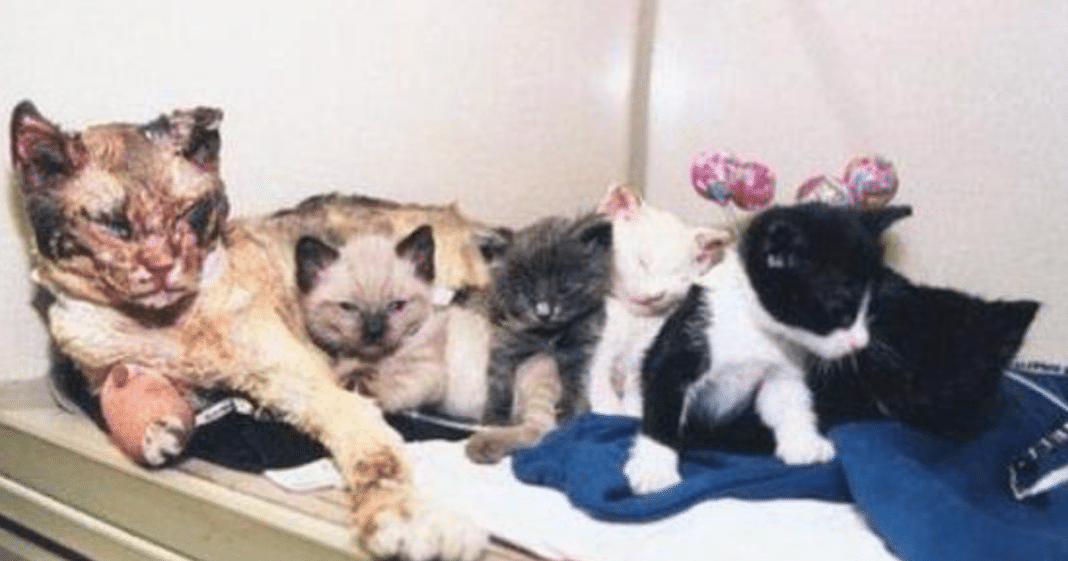 An abandoned garage caught fire in Brooklyn and one firefighter witnessed something that touched his hearts and the hearts of people all over the world. He saw a cat perform an act of heroism that would leave most human beings trembling in their boots. 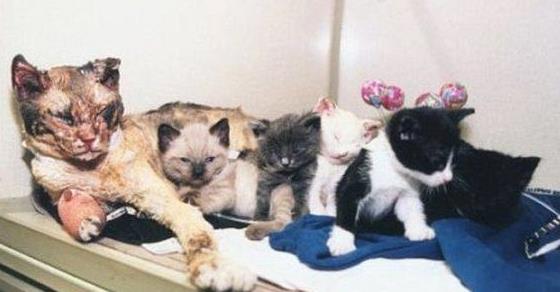 When the fire department responded to the emergency, they got the fire under control and the flames extinguished. Once things were under control, one of the firefighters saw a cat carrying her kittens away one by one from the area of the fire.

The mama cat was badly burned. Her paws, coat, and ears, and her eyes were singed shut. That didn’t stop her, however. After she had all of her babies in a safe location, she was seen touching every one of them with her nose to make sure they were alive. Then, she passed out.

David Gianelli, the fireman, was so touched after witnessing all of this that he took the family of mama cat and kittens to The North Shore Animal League in Port Washington, New York. One of the kittens died, but the rest of them recovered within a few months and were fit enough to be adopted. The mama cat, now named Scarlett, recovered, too. 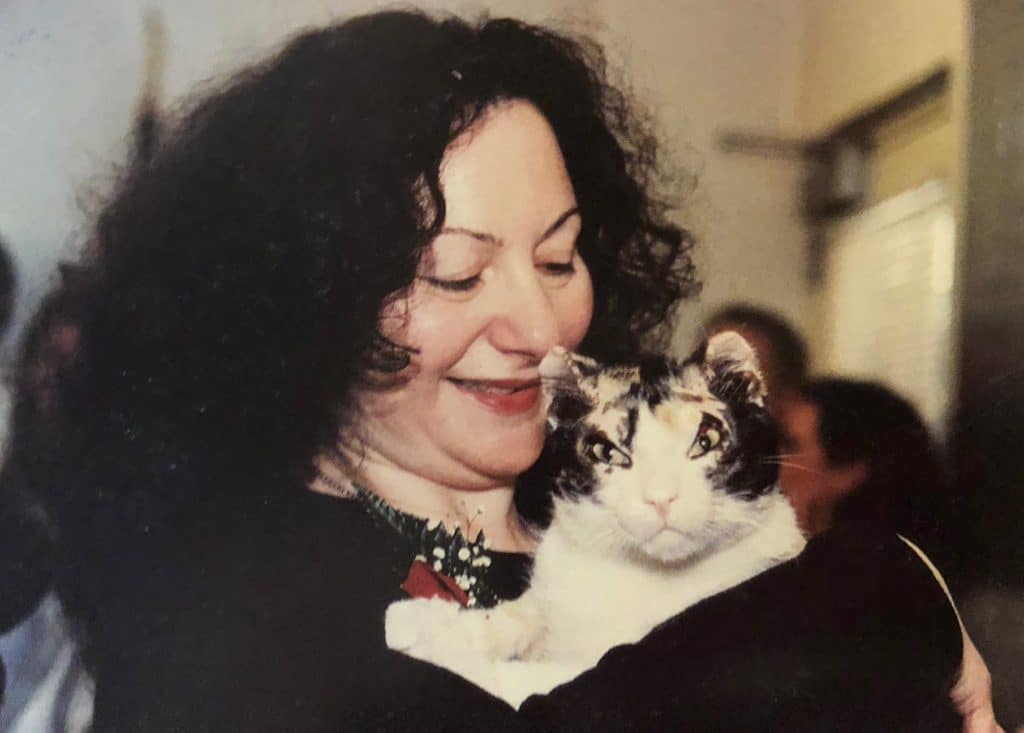 So many people from all over the world responded that the shelter had people begging to adopt these precious kittens. They received about 7,000 letters from people. Having so many good homes to choose from, the clinic was able to give the kittens up for adoption in pairs. 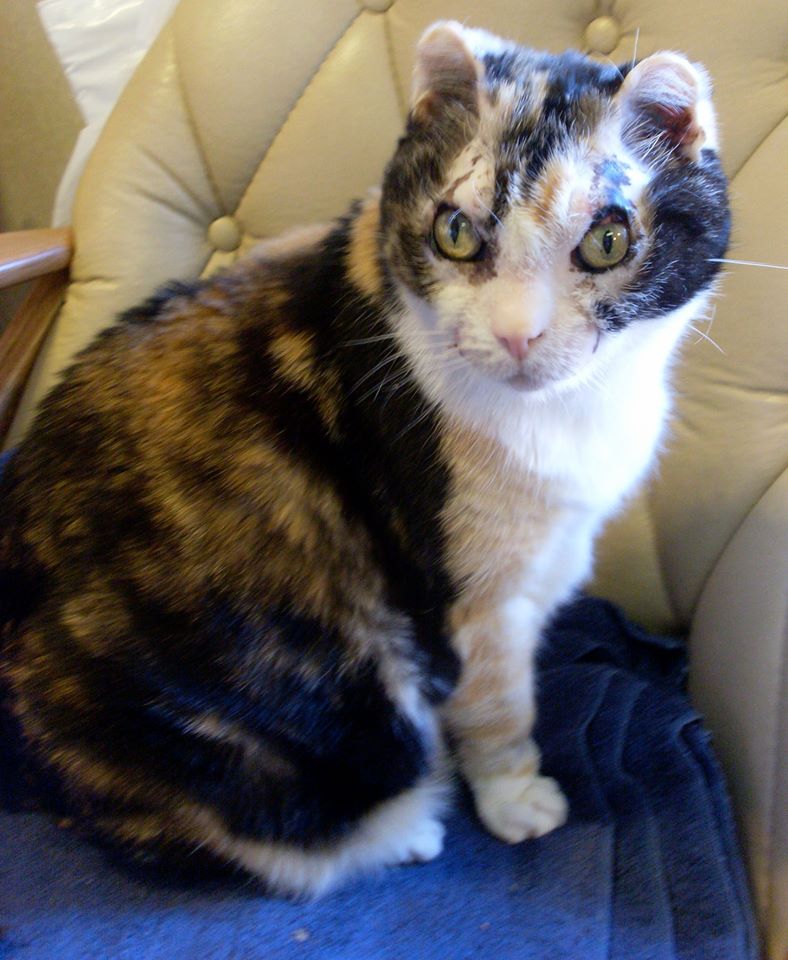 As for Scarlett…she had a very special, higher calling. Karen Wellen herself had been a victim of a road accident and had recently lost her own special cat. She wanted to adopt a cat but was ONLY willing to adopt an animal with special needs. Enter Scarlett.

Here is a cute video of Scarlett being feisty. It’s obvious how deeply she was loved.

Scarlett died on October 11, 2008, but her story continues to inspire people. A book was even written about her, Scarlett Saves the Family. Furthermore, The North Shore Animal League created an award called the “Scarlett Award for Animal Heroism” in Scarlett’s honor. 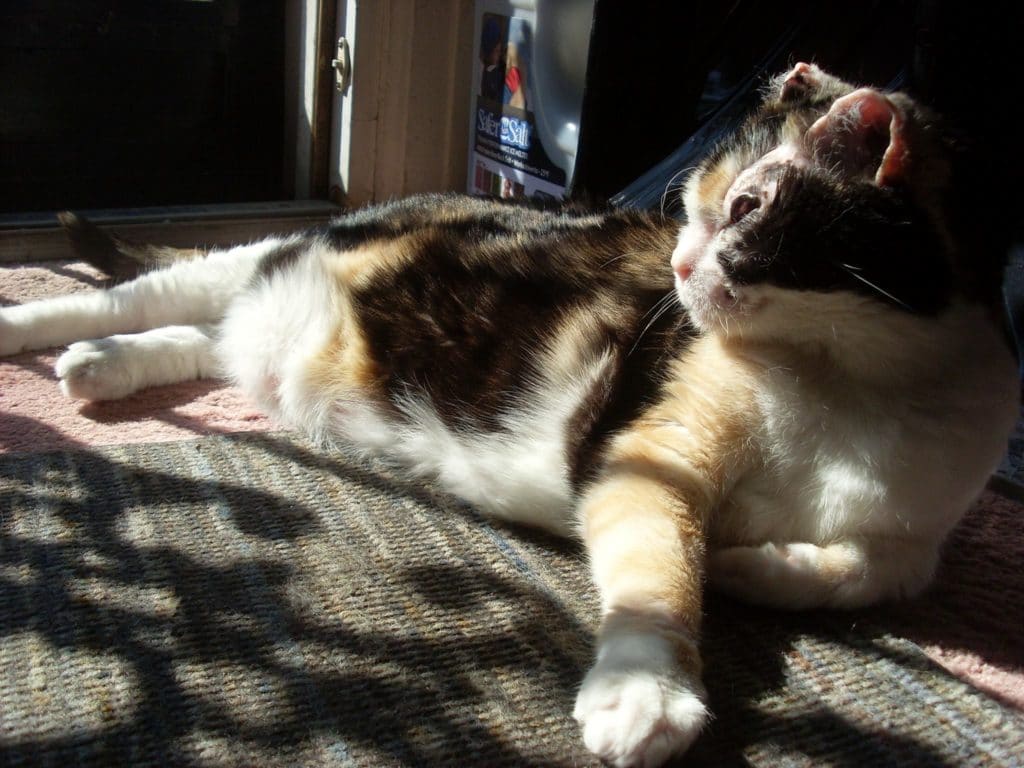 Rest in peace, sweet Scarlett. You’re a credit to not only cats but to loving mothers everywhere. May your legacy endure.