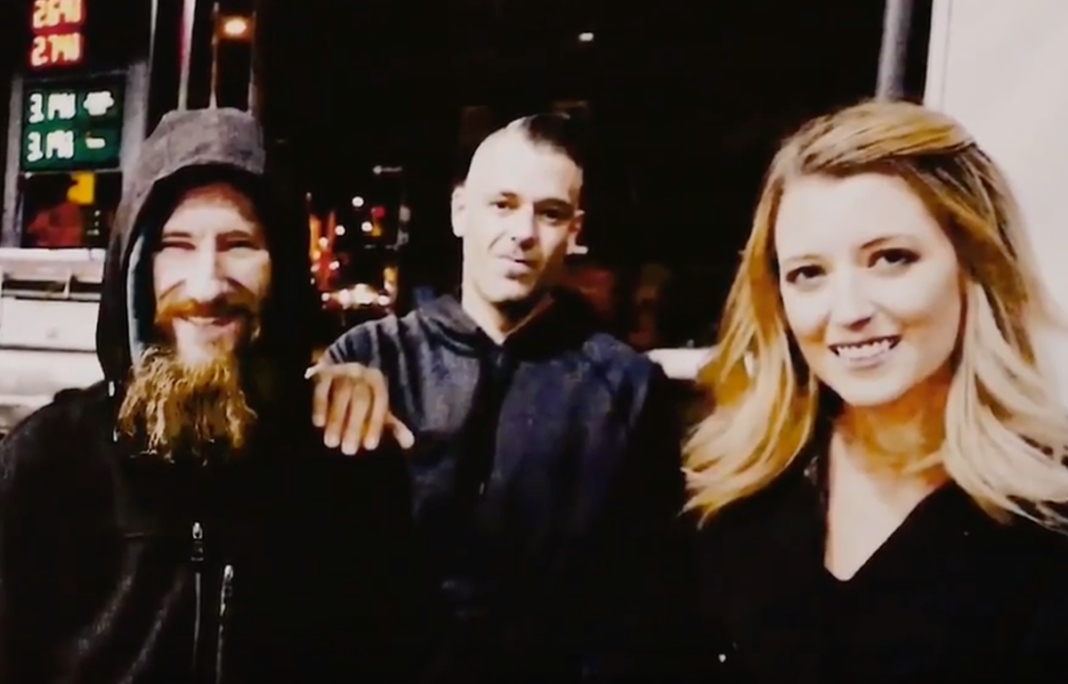 We shared a story about a “Good Samaritan Vet” named Johnny Bobbitt Jr. in August. The feel-good story was the homeless vet had donated his last $20 to help a couple that broke down on Interstate 95 in Philadelphia. In return for his generosity, they raised over $400K for Bobbitt with a GoFundMe.

Later that month we shared the shocking news that a judge had ordered the couple to turn over every dollar of the money when it appeared they had used the cash for trips to the casino and a luxury car. Bobbitt was back to living under a bridge with his brother.

The story just keeps getting stranger, as today, all three are accused of making up the story as nothing more than a get-rich-quick scheme. GoFundMe is going to have to refund thousands of generous people who wanted to help Bobbitt Jr.

“GoFundMe has committed to providing a full refund to the campaign’s 14,000 donors, Coffina said.”

Kate McClure, her boyfriend Mark D’Amico, and the homeless vet, Johnny Bobbitt Jr., face charges of second-degree theft by deception and conspiracy to commit theft by deception. Investigators reviewed over 67,000 text messages and discovered everything was not as it appeared.

“Okay so wait the gas part is completely made up, but the guy isn’t.”

“I had to make something up to make people feel bad.”

“The paying-it-forward story that drove this fundraiser might seem too good to be true,” Coffina said.

“Unfortunately, it was. The entire campaign was predicated on a lie.”

We all felt such sympathy for Bobbitt Jr. but now the prosecutor says he was in on the “fraudulent campaign.” The couple said they had met Bobbitt after their car broke down, but in reality, they had met a month before that at an off-ramp near a casino they frequented.

The investigators also discovered that it wasn’t the first time that Bobbitt Jr. had claimed donating his last dollars to somebody whose car broke down. In 2012, he posted a similar story to his Facebook page, in which he claimed that he gave his last dollars to a woman who had run out of gas and had a flat tire at a North Carolina Walmart.

Now all three are going to court and could face jail time. Bobbitt was arrested in Philadelphia and the couple turned themselves in and were released while they await trial.

The biggest irony of it all is that the three might have gotten away with the deception if Bobbitt Jr. hadn’t sued the couple for the GoFundMe money. We’re happy to see that GoFundMe is taking action to refund the generous and kind people who wanted to help a homeless veteran.

See more from NJ.com below: