$400K Raised For Homeless Vet After He Gave Last $20 To Help Stranded Couple, Now He’s Back On The Streets 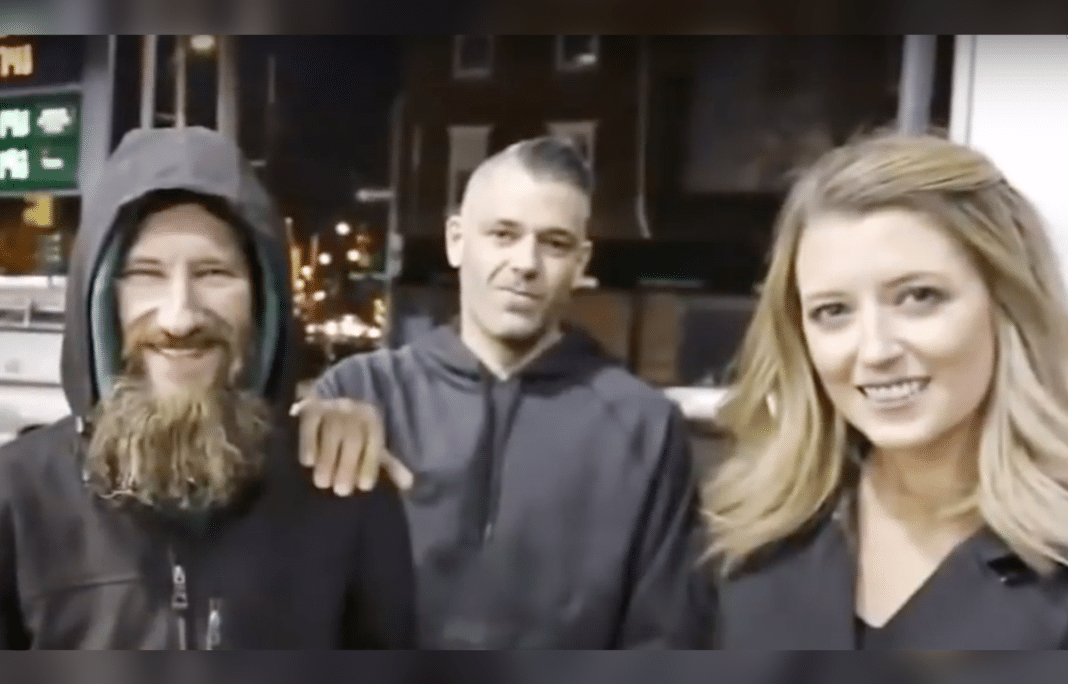 Last year, a heartwarming story made national news: A homeless man named Johnny Bobbitt Jr. donated his last $20 to help a couple who had broken down on Interstate 95 in Philadelphia. In return, they started a GoFundMe page to raise money to help get him started in an apartment. What they didn’t expect was that over 14,000 people would donate, amounting to $402,706 out of an original $10,000 goal in nine months time.

It seemed as if Bobbitt would be set for life, but a little under a year later, Bobbitt is back on the streets living under a bridge and the couple, Kate McClure and Mark D’Amico, have been accused of withholding the money from Bobbitt, taking suspect extravagant vacations, limousine service, trips to casinos, and buying a BMW.

D’Amico is a carpenter and McClure is a receptionist for the state department of transportation, but they claim to have used their salaries for the BMW and casino trips.

The GoFundMe site is investigating if the funds have been mismanaged, among reports that the site claimed a fee of $30,000 themselves.

They claim that only a tiny fraction of the money raised on the site is misused.

“Misused campaigns make up ‘less than one-tenth of 1% of all campaigns.'” 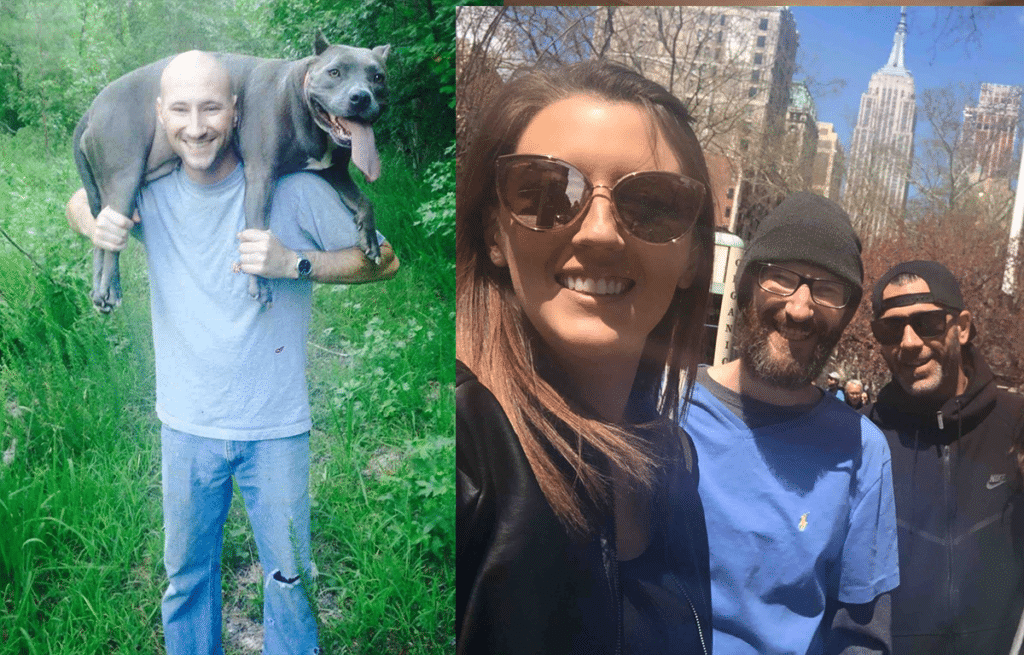 An early picture of Johnny Bobbitt Jr., and later with Kate McClure and Mark D’Amico via GoFundMe

GoFuneMe secured Bobbitt lawyers who will work pro-bono to help the homeless man get back any money owed to him, while D’Amico said giving him the money would be like giving him a “loaded gun,” claiming he spent $25,000 on drugs and handouts to friends.

One of Bobbitt’s lawyers, Chris Fallon, confirmed that his he has a drug addiction.

“It’s not heroin or opioids but another drug problem,” Fallon said.

Doing the math, the lawyer has indicated that Bobbitt is still owned a large sum of money.

“‘From what I can see, the GoFundMe account raised $402,000 and GoFundMe charged a fee of approximately $30,000. Mark D’Amico and Kate McClure gave Johnny about $75,000. There should be close to another $300,000 available to Johnny,’ Bobbitt’s lawyer Chris Fallon told CNN on Friday.”

Although the GoFundMe page discussed the couple’s plan to buy Bobbitt a new home, which he dreamed would be in his home state of North Carolina, they reportedly bought him a camper, which they put on their own land in New Jersey in a driveway instead.

Another lawyer for Bobbitt, Jacqueline Promislo, claims that her client “had no access to money or food” while living in the camper.

The couple claimed that Bobbitt had stolen from them and spent cash handouts they gave him on drugs. Then they asked him to leave. 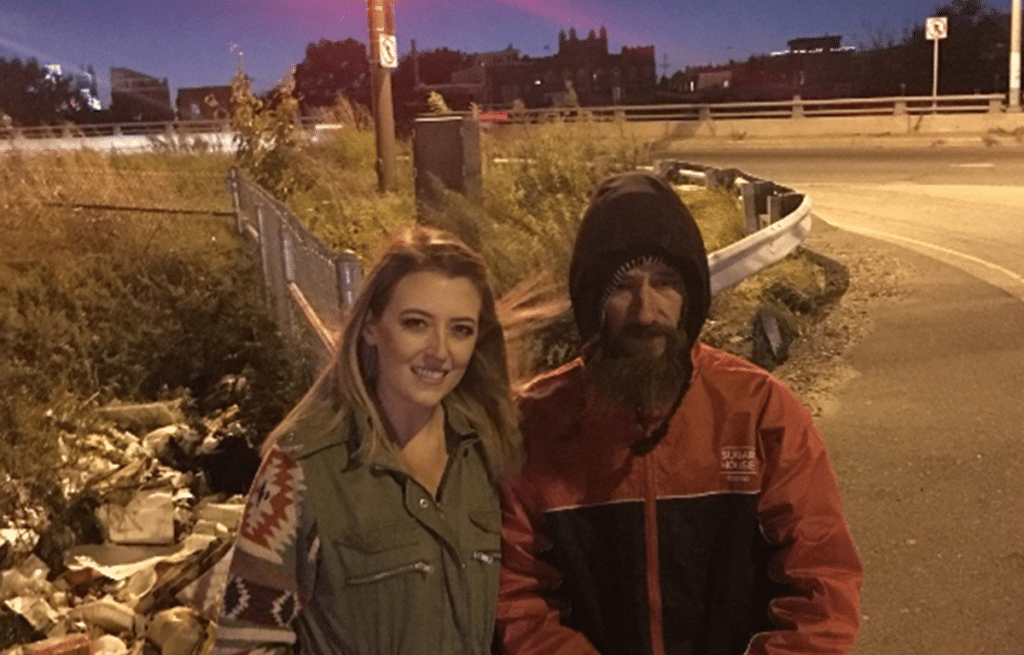 McClure with Bobbitt at the interstate

The fundraiser also indicated they would buy Bobbitt a 1999 ford ranger truck, but they have apparently sold a used SUV vehicle that was purchased instead as well as the camper. The Daily Mail indicates Bobbitt received none of the proceeds.

D’Amico said they sold the camper for $10,000 at Bobbitt’s suggestion, along with the SUV, because Bobbitt wanted to use the money to move out of New Jersey.

D’Amico has indicated that he would rather burn the money than give it over to Bobbitt.

“Giving him all that money, it’s never going to happen. I’ll burn it in front of him,” D’Amico told The Philadelphia Inquirer.

In the same interview, the couple claimed to have given Bobbitt over half of the money used for “his care,” but would withhold the rest until he is drug-free and employed. 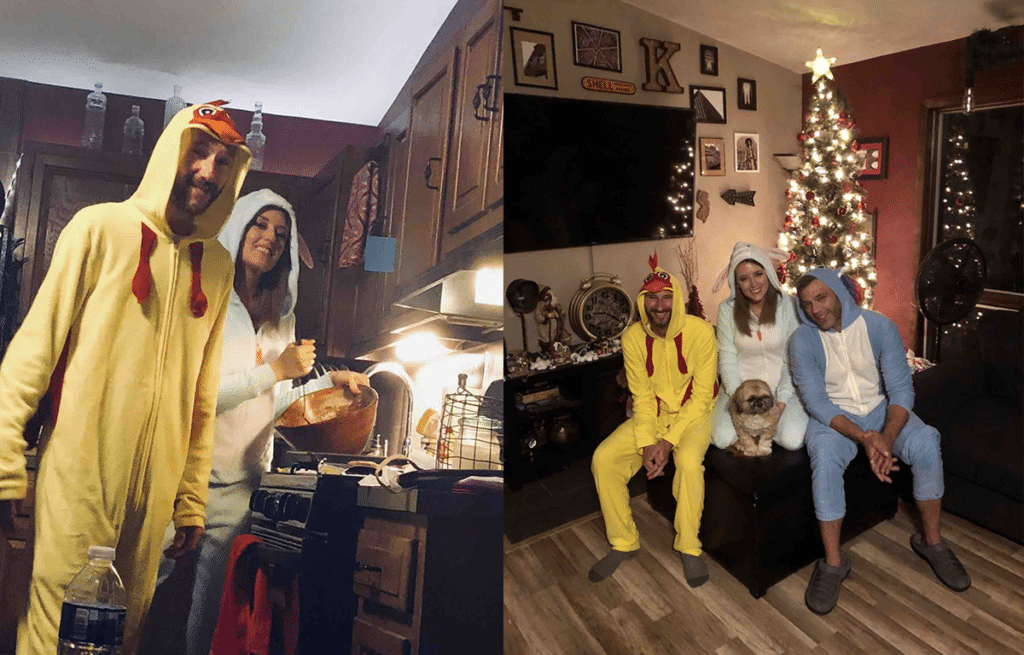 Pictures from happier times via GoFundMe

Bobbitt says he thinks the couple has become consumed by greed.

“I think it might have been good intentions in the beginning, but with that amount of money, I think it became greed,” said Bobbitt.

Until the dispute is resolved, Bobbitt is reportedly spending $15 a day on drugs and living dangerously under a bridge with his younger brother Josh, who is also addicted to drugs. Homeless advocates helped get Bobbitt into rehab programs to combat the addiction.

See more from USA TODAY below: