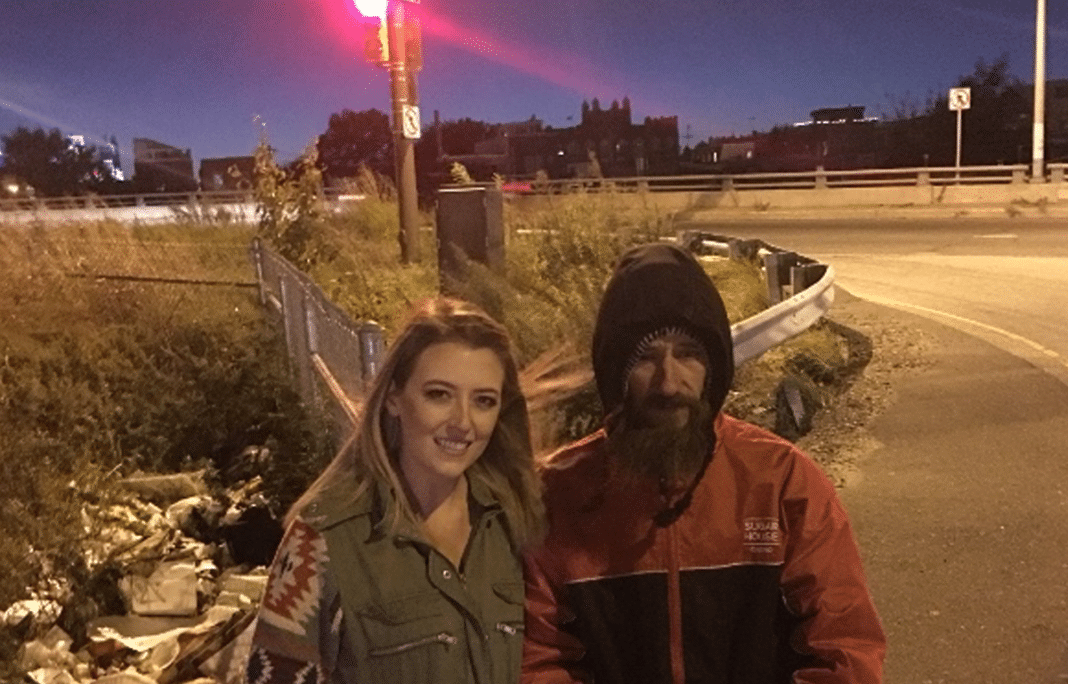 A homeless vet, Johnny Bobbitt Jr., gave his last $20 to a couplewhen they broke down on an interstate ramp on I-95 in Philadelphia. His selfless generosity so inspired Kate McClure, who was driving, and her boyfriend, Mark D’Amico, that they created a GoFundMe page to try to give Bobbitt a new start in life.

None of them ever expected that the story would go viral and that the fundraiser would generate over $400K in nine months. Over 14,000 people were moved to donate to the former vet.

They also couldn’t have anticipated that the money would cause a legal battlefor them after GoFundMe investigated Bobbitt’s claims that the couple had withheld most of the money they supposedly raised for him in the first place.

Bobbitt was back on the streets living under a bridge with his younger brother, Josh, and saying he never got most of the money.

The bridge where Bobbitt lived with his brother

The case went to trial, and a judge ordered D’Amico and McClure to give over whatever is leftof the money to Bobbitt.

They will also have to account for every single dollar of the money.

On the GoFundMe page, created by McClure,the couple indicated they would help Bobbitt get a home and the 1999 ford ranger truck he wanted. Bobbitt wanted a house in his native North Carolina, but they bought a camper and put it in a driveway on the family property instead. Instead of the truck he asked for, they bought a used SUV.

One of Bobbitt’s lawyers, Jacqueline Promislo, claimed that her client “had no access to money or food” while living in the camper.

In June, reports indicated that the couple accused Bobbitt of stealing from them and kicked him off their property.

They say his misused $25,000 of the GoFundMe cash that they gave to him, spending it all in two weeks, partly on drugs.

After reportedly selling the camper and SUV, Bobbitt said he never got the proceeds. D’Amico claimed that it was Bobbitt’s idea to sell them so that he could use the money to move to North Carolina.

Meanwhile, D’Amico told interviewers that he would not give the remaining cash to Bobbitt, suggesting that he would wait until he was employed and drug-free.

“Giving him all that money, it’s never going to happen. I’ll burn it in front of him,” D’Amico told the Philadelphia Inquirer.

It was unclear exactly how much cash was left, but another lawyer for Bobbitt, Chris Fallon, concluded that there should have been “close to another $300,000 available to Johnny.”

D’Amico said more than $150,000 of the money remained in an appearance on NBC’s“Megyn Kelly Today” show.

Reports called into question if McClure and Mark D’Amico were using some of the money for extravagant vacations, limousine service, trips to casinos, and buying a BMW. They say they used their own salaries on the car and casino trips.

D’Amico is a carpenter and McClure is a receptionist at the state department of transportation.

Now reports indicate that they mixed the GoFundMe money with their own personal banking accounts.

After the judge made the ruling, Promislo said by email she was:

“…’very concerned’ that much of the money will be gone by the time it’s accounted for.”

The couple will now turn over what is left of the money to go into a trust until the legal battle is over.

In ten days, their account of what they did with the money will be turned over to the judge.

It appears that legal action to seize the couple’s assets isn’t off the table.

“We will represent our client to the best of our abilities to recover all of the money raised for him,” Promislo stated.