Bus Driver Sees Flames Coming From Bus. What She Does Next Has Town Hailing Her A Hero 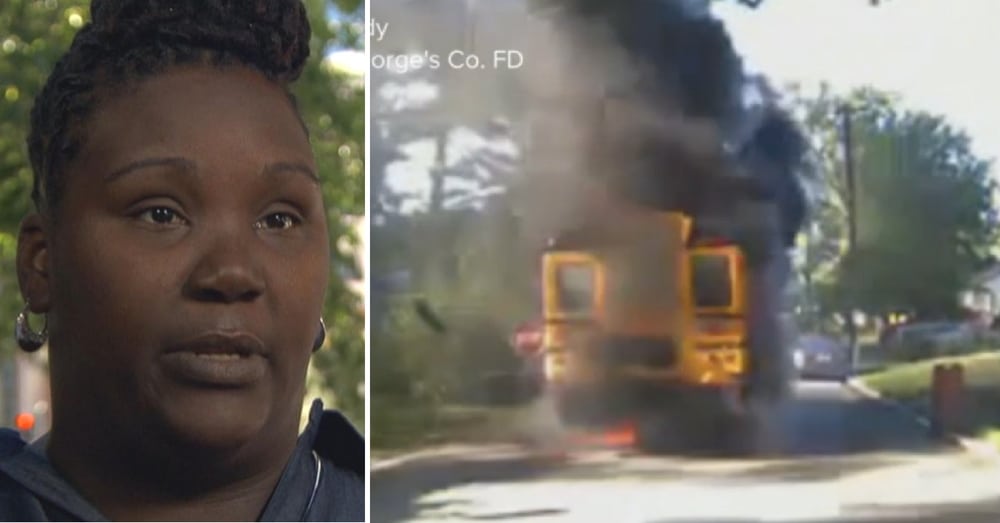 Bus driver Renita Smith had just made her third stop on her afternoon route when her bus’ dashboard started beeping. Then the bus started smoking.

Concerned, Renita pulled over and was about to call for a backup vehicle when she looking in her rear-view mirror and saw something that made her heart stop – flames.

It would be a terrifying moment for anyone – especially with so many young lives at stake – but Renita says that as soon as she saw the flames she went into “Mommy mode,” and it was her quick thinking and courageous actions that have people hailing her a hero.

“I put the mic back down, undid my seatbelt, jumped up, got my babies and got off,” she told ABC News. “Once we got off, neighbors kicked right into ‘Mommy mode,’ as I call it, and helped the kids get to a safe haven. When that was going on, I ran back onto the bus to make sure there was no children on the bus. … By the time I got to the last step on the bus, it just went up in smoke.”

It only took seconds for the fire to envelop the bus, but thanks to Renita, every one of the 20 elementary students on board was able to get off safely.

Fazlul Kabir, a passerby who noticed the smoke and stopped to help, said the neighbors and the town are incredibly proud of Renita.

“The bus was completely destroyed by the fire,” he said. “Without [Renita], the school children couldn’t be actually saved. … She went inside for the very last time. She went inside and checked each seat to see if any of the students were left there. … It’s a fairly long bus actually. It’s not a small bus. She checked if everyone was out and nobody was inside. … She’s brave.”

Officials are still trying to determine the cause of the blaze, which they say seemed to originate near one of the rear wheels. One thing they do know – Renita saved those 20 lives that day.

When asked about a reward, the driver said that getting the children safely to their parents was reward enough for her.

“When I’m driving them, you’re my children until I drop you off to your biological parents. I have to handle each child with care, as a mommy would her own, so that’s what I did,” she said. “That’s what I hope any human being would do for any child.”

Do you think Renita is a hero? So share this!