Students Realize Bus Driver Is Drunk, What They Do Next? These Girls Are Heroes! 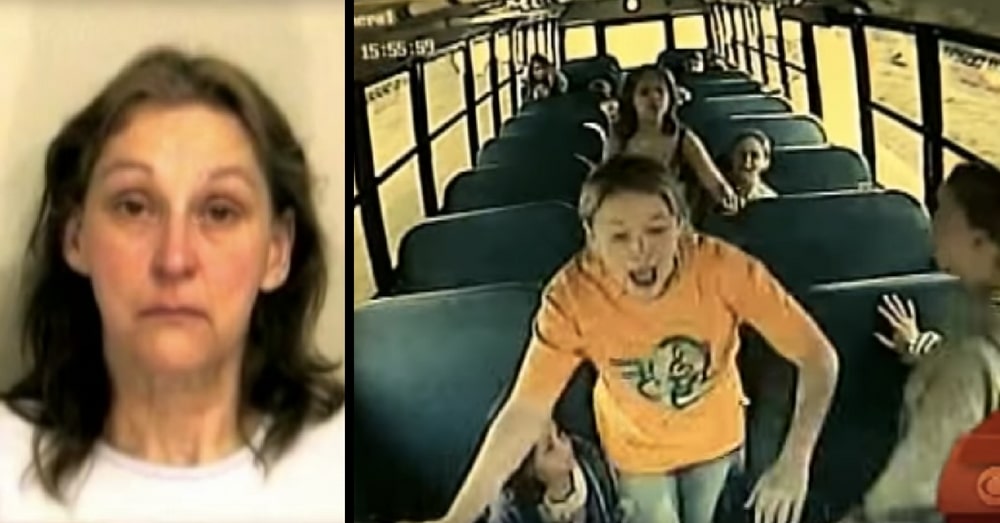 When a parent puts their child on a school bus they are trusting the bus driver to be safe and responsible and take care of their kids. A bus full of children is a huge responsibility, and one would hope that the person driving those kids would take the weight of that seriously.

But a group of outraged parents in New York recently learned that’s not always the case when their kids’ bus driver came to work drunk.

Surveillance footage from the bus shows terrified students trying to get the driver, 55-year-old Martha Thompson, to stop the bus after she missed a turn, tried to back up, and almost ended up in a ditch.

“Put on the brake!” one student screamed as she swerved across the road.

“Will you guys stop?” Thompson yelled, refusing to stop the bus and let the kids off.

Students Grace Scherzer, 16, and Chelsey Pierce, 15, didn’t usually ride that bus, but thankfully they were on it that day.

After Grace repeatedly asked Thompson if she was okay and then realized she was not, she told the driver, “You’re not okay, and I know it. Just turn it off!”

Thankfully the students were able to get the emergency door open and, amidst Thompson’s protests, exit the bus.

Thompson was found to have a blood alcohol level of .15 and plead guilty to 37 counts of child endangerment and driving while intoxicated.

While many of the parents think her sentencing of 12 weekends in jail, six months of electronic home monitoring, five years probation, mandatory alcohol counseling, and $1,000 fine isn’t enough to pay for what she did, they are thankful that none of the children were hurt.

Were you impressed with the way these students stepped up to stop the dangerous driver? So share this!