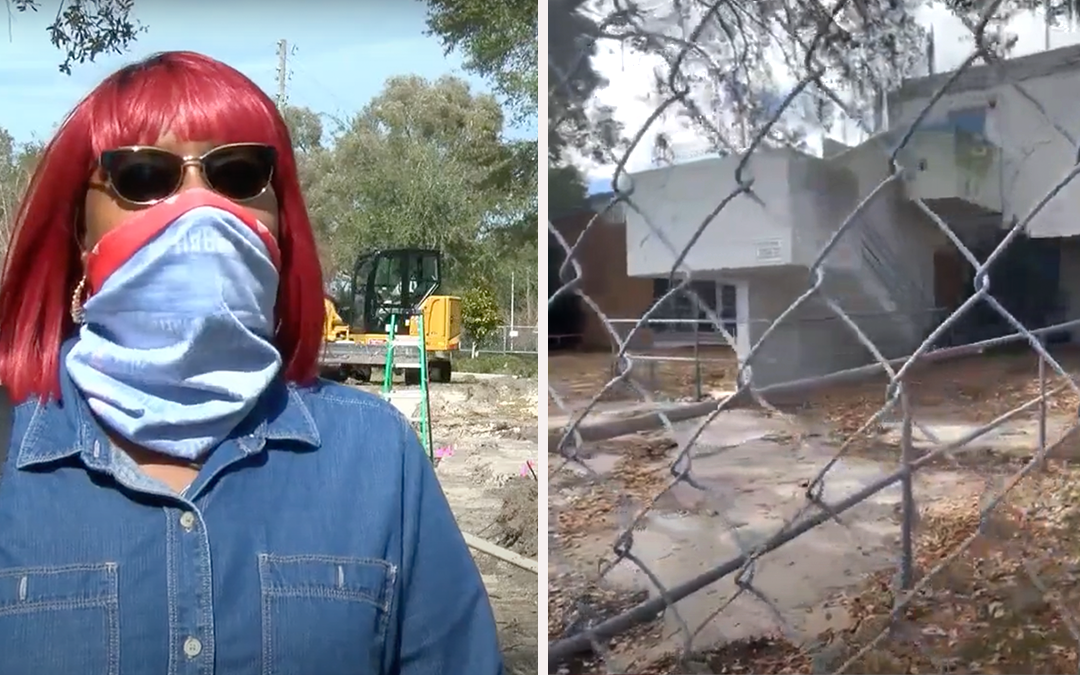 Archaeologists in Clearwater excavated for five days and discovered 25 African American graves. Originally, plans included relocating the graves, but they never were. Sadly, a school district built right on top of them.

Imagine if a city built a school on top of one of your family member or ancestors’ graves.

Consider how it would feel to know that someone treated their final resting place with such disregard? How could people do that? That’s what people in Florida and around the country are asking today.

An African American cemetery on the corner of Engman street operated from 1940 to about 1954. Then, the school district acquired the land for a city swimming pool. According to historical documentation, a land swap was contingent that all graves were removed, reported WFTS Tampa Bay.

For years, residents said nobody ever moved the bodies. Now, the archaeologists confirmed their claims.

Jeff Moates, regional director for the Florida Public Archaeology Network, pointed to evidence. Fortunately, a nameplate became a “crucial piece of evidence” and prompted the dig.

“This is the nameplate for Mr. William Ridley, who was buried in 1951 here,” said Moates.

Furthermore, evidence included coffin nails and hardware from graves. In addition, the searchers found objects people once left at the graves.

After a week of digging, the archaeologists from Cardno unearthed 25 graves. However, they suspect more may be directly under the old school.

After years of speculation, the discovery confirms a community’s longstanding claims. In the process, it demonstrates how people devalued African American lives. Today, it’s just one example of what led to the Black Lives Matter movement.

Now, the excavation is allowing people to pay long-overdue respects.

“For too long, the community has gone without answers, and now they’re getting the answers, and it’s paying respect,” said Sorey-Love.

Bill Horn, the City Manager for the City of Clearwater, welcomed uncovering the truth.

“We’re clearly learning that this is providing insight to our past and to our past deserves a little more exploration,” said Horn.

For Moates, the graves show that black lives haven’t mattered for many years.

“These are all examples of residues of structural racism, how black lives black lives haven’t mattered for a really long time,” said Moates. “What this is saying is these places belong here; they need to remain here. These places are sacred.”

Hopefully, by uncovering the truth, we can move forward.

Aside from the marker for Mr. William Ridley, the identities of others born there remain unknown. Now, the team is asking the community for help determining their identities.

At another site in Clearwater, searchers scanned for graves in January 2020. According to the Tampa Bay Times, former residents said marked graves were moved in the 1950s. Once again, they left behind unmarked graves.

Looking out over a two-acre lot on the campus of a staffing firm, Carlton Childs remembered his ancestors. Sadly, the cemetery became a location for a basketball court and baseball field.

“If you didn’t have a headstone, then there’s a possibility that you didn’t get moved,” said Childs. “This is a very important day for us.”

Over decades, numerous African American cemeteries in the Tampa area were built over.

According to one whistleblower, Ray Reed, “thousands” of bodies remained unaccounted for. Notably, the graves predate 1950 when cemeteries were segregated.

Around 300 caskets from the segregation-era all-black Zion Cemetery were found. In addition, researchers found 800 graves from the Ridgewood Cemetery. Over the years, builders erected various structures over the gravesites.

Once again, researchers used radar and found 44 “grave-like anomalies.” Sadly, the graves were again under a parking lot next to another vacant school building.

“It’s an unfortunate situation that America has the history it has and has done very little if anything to make amends for the atrocities of the past,” Atkinson said. “We need to work together to find the answer so all hearts are satisfied in the end.”

Over decades, people erased the location and history of African American graves. It’s the subject of reports in a series called “Erased” by Emmy award-winning reporter, Emerald Morrow.

Today, researchers must comb through old maps, search city records, and rely on local memories to uncover an erased past.