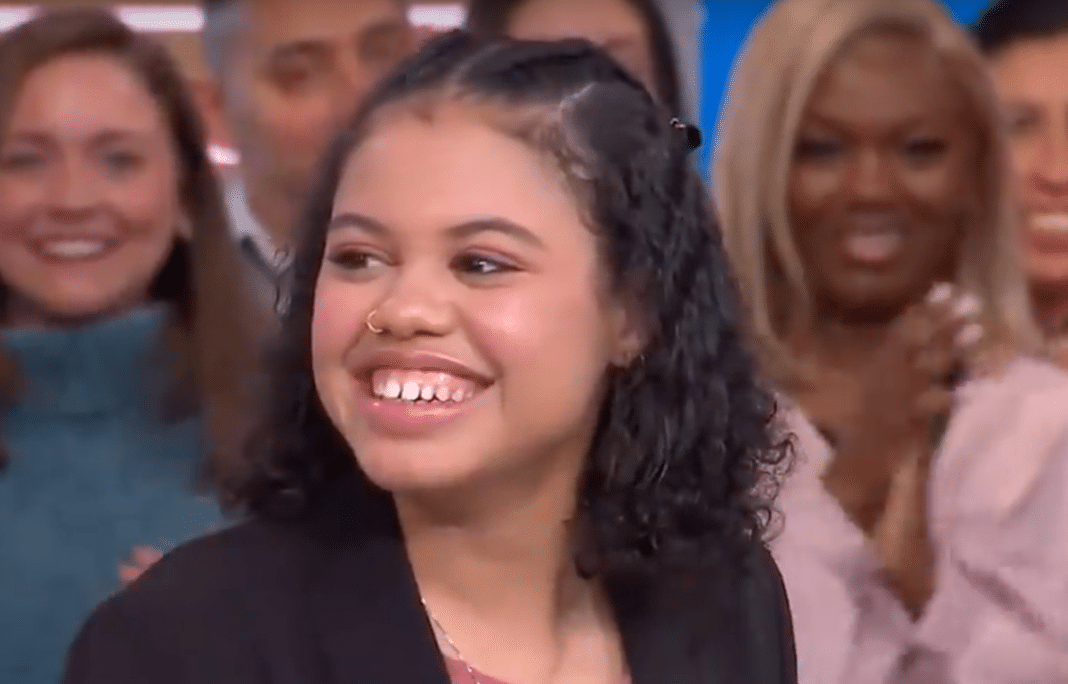 At age 16, Haley Taylor Schlitz is accepted into nine law schools before she graduates from college this spring. At such a young age, she had her choice of prestigious schools and chose SMU Dedman School of Law in Dallas, Texas.

Schlitz has a close-knit bond with her family and chose the school in part because she can commute from home. Another factor in her choice was a scholarship offer thanks to her exceptional abilities.

Up until fifth grade, Schlitz went to public school, but then she and her family decide to pull her from class. Instead, Schlitz would be homeschooled.

She was no longer finding inspiration or a challenge in her work at school. When she tried to get into the gifted and talented program, she wasn’t allowed to take the test. Her parents decided to privately test her and found that she was a gifted student, so they took matters into their own hands.

“I was just being taught to pass the end-of-the-year test to get to the next grade,” she says.

“I wasn’t being taught to learn.”

“Once I reached fifth grade my parents realized that I wasn’t really motivated in school anymore. My grades started to fall. I started to become more worried about what my peers thought of me rather than my grades,” Schlitz explained.

Homeschooling provided her with the opportunity to challenge herself and to thrive. It was the secret to her success when public education failed her.

“Home-schooling helped me go at my own pace and thrive on my own terms,” Haley said.

“I was able to skip what I knew and do what’s at my intellectual level.”

By learning at her own pace, Schlitz accelerated her learning so quickly that she was able to graduate by the age of 13 years old. From there, she went to community college and then to Texas Woman’s University. She will graduate in May and then it’s off the law school, just a short time after getting her drivers license.

I was honored to be selected to participate in the inaugural #TXWomans #PioneerTalks I spoke about the challenges students of color face in our k-12 system and how they are excluded from gifted and talented programs.

When asked why she chose to become a lawyer, Schlitz said she changed gears from going into medicine. By persuing law, she can become an advocate for other students like herself who were looked over for the gifted and talented program.

“It was really my entire educational journey. After looking at it, it really sparked a flame in me to help other students and fight for equity,” she said.

According to Diversity Inc:

“In the last 15 years, the number of Black children, who are being homeschooled, has doubled from 103,000 to about 220,000. Black parents cite a number of reasons for homeschooling children but racism in schools and subpar education lead the reasons for the shift to unconventional schooling.”

Although she is a genius at her age, she is also just an average teen in other ways, playing video games with her siblings and taking time to draw and play the harp. However, she does have other exceptionally bright siblings: Her 13-year-old brother is a freshman in college and her sister is an 11-year-old freshman in high school.

I love playing the harp.

Schlitz’s father William had some advice for other parents with gifted kids.

“Parents really have to be open to other opportunities. Things like homeschool, early college, dual-enrollment; And they should do what’s best for their children to let them thrive,” he said.

See Haley Taylor Schlitz talk about her experiences below: