12-Yr-Old With Heart Of Gold Spends All Day Making Teddy Bears. The Reason Why Will Make You Melt 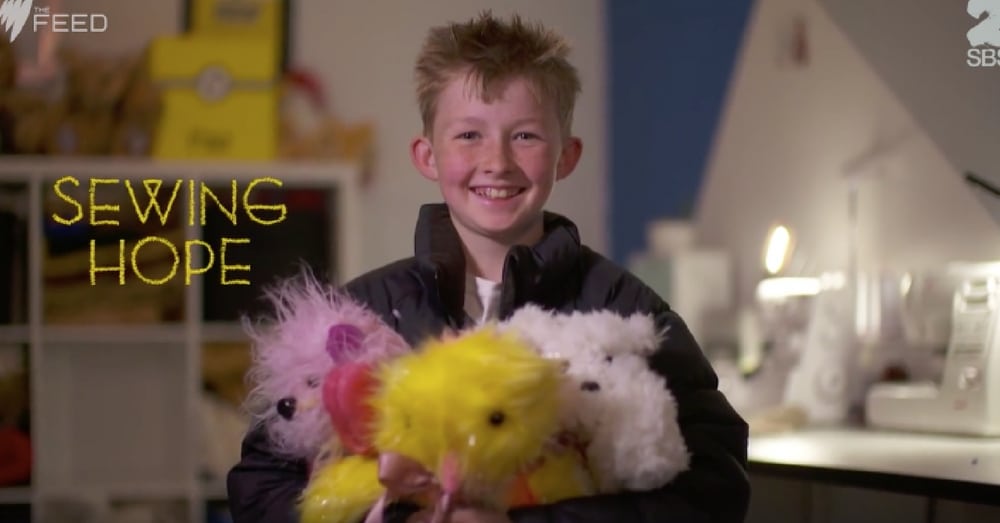 Twelve-year-old Campbell Remess isn’t like most other boys his age. He spends most of his time in his room working on his sewing machine. The little boy with a heart of gold spends hours each week making teddy bears to take to sick kids at the hospital.

It all started three years ago when Campbell asked his mom, Sonya, if he could buy Christmas presents to take to kids at the hospital. With nine children of her own, Sonya said she couldn’t afford to do that, so Campbell said he would just make the presents instead.

Sonya expected him to paint the kids some pictures, so when he decided he would try his hand at making a teddy bear she was stunned.

Campbell figured out how to make the bears all on his own. The first one took him about five hours to make, but now he can finish a bear in about an hour. Three years later, Sonya estimates he’s made somewhere around 700 or 800 bears for sick kids!

Campbell knows that, though he may be young, that doesn’t mean he can’t do his part to change the world.

“Being kind, and not mean, will change the world a lot,” he said.

His whole family is incredibly proud of Campbell and the selfless work he is doing to bring joy to sick kids.

“They’re kids that haven’t smiled in ages,” one of his sisters said, “and when they get given the bear they smile.”

“He looks at sadness and tries to turn it upside down,” said Sonya.

A lot of times adults don’t give kids much credit, but Campbell is proof that even young kids can change the world.

Click below to see how Campbell is using one of his bears to change his own dad’s life:

Were you blown away by Campbell’s story? So share this!