12-Yr-Old Boy Spends All His Free Time On A Sewing Machine. The Reason Why Is STUNNING 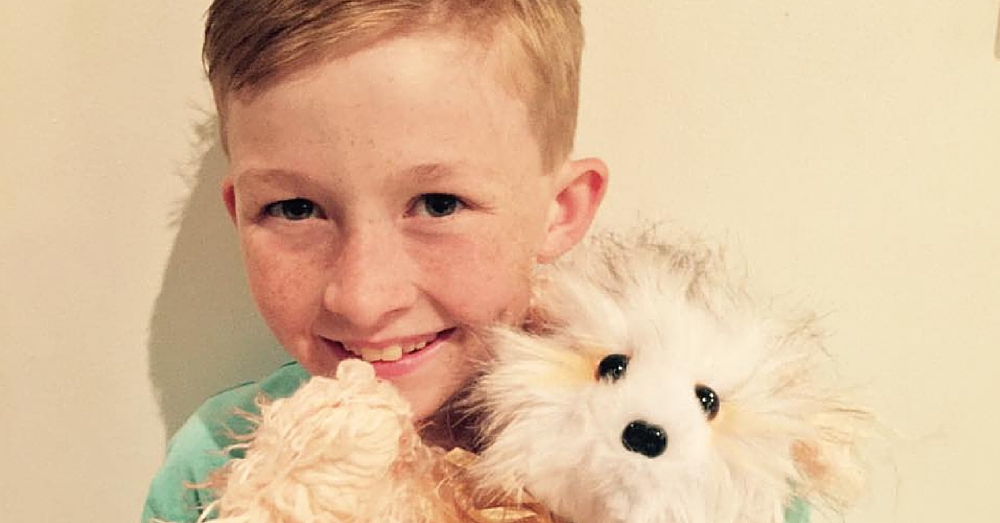 While sewing is probably one of the last things you would expect a typical 12-year-old boy to be doing with his free time, Campbell Remess is no typical boy. He spends his days making teddy bears to send to those who might need a little comfort or cheering up.

It all started three years ago when Campbell decided he wanted to get Christmas gifts for the children in the hospital. When he asked his mom about it, though, she told him that, with nine children in the family, they just wouldn’t be able to afford it.

“OK,” his mom, Sonya Whittaker, replied, “go for gold, knock yourself out.”

Campbell made a few toys over the next couple of days and then came to his mom with a pattern for a teddy bear, asking if she could help him figure out how to make one. When she told him the project was beyond her, he decided to figure it out himself.

A few hours later, Campbell came back with his first teddy bear. “It was incredible,” Sonya said. “He’s just sewn and sewn since then.”

Now Campbell strives to produce one teddy bear every day.

Sonya set up a Facebook page – Project 365 by Campbell – to track Campbell’s progress, and they have thousands of fans who encourage the young boy in his work.

When one of those fans, Kat, asked if Campbell needed any fabric, Sonya wrote back that they had plenty, as many people have donated fabric for the bears, but that they could use some storage space.

Kat set up an online fundraiser, hoping to raise $1,000 in one week. She met her goal in 36 hours and used the money to buy a work bench and storage space for Campbell.

A team of volunteers helped transform Campbell’s bedroom into a sewing room where he can now spend his days making bears for those who need a little bit of light in their lives.

“I do comfort bears, which are for parents if their kids are in hospital having a hard time,” he explained. “I do overseas bears, like for terrorists attacks. I sent one over to Paris when the people got hurt, and I’m sending some over to Brussels too.”

All of that from one simple, kind-hearted idea. It’s amazing what a “yes” – or, in this case, a “knock yourself out” – can lead to.

Were you inspired by this young boy’s efforts to help those in pain and in need? So share this!