WWII Vet Dies With No Family Or Friends, But Look Who Shows Up To His Funeral 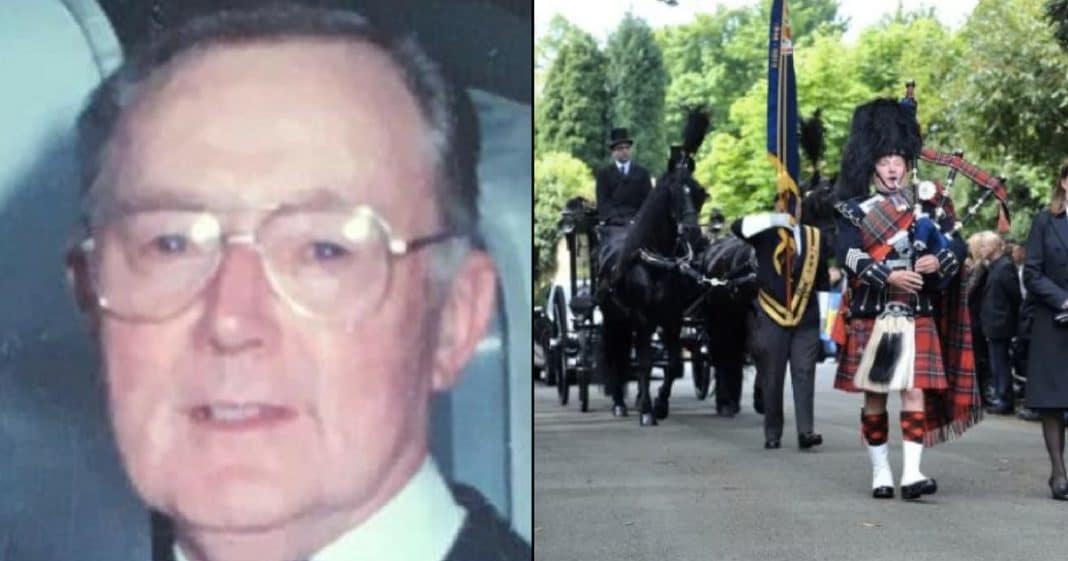 One of the hardest and saddest things about living a long life is watching most of your friends and loved ones pass away before you do. When you get to the end of your life, there are few people still around who you were ever close to.

Such was the case for World War II veteran Harry Wheeler.

The retired master carpenter had served with the Royal Marines in Italy and then returned home where he and his wife, Enid, raised their daughter, Susan.

Sadly, both Enid and Susan passed away and Harry was left on his own.

He lived independently in Wilmslow, Cheshire, until he was 94 years old, at which point he moved into the Ashfields Care Home for the Elderly in Macclesfield, Cheshire.

When he passed away recently, he had no known relatives. Wanting to give him the sendoff he deserved, staff of the care home put out a plea on social media asking for people to come pay their respects at the funeral.

When the day arrived they couldn’t believe their eyes – between 200 and 300 people had shown up to say farewell.

The service was conducted by Rev Thomas Chrisp and the Royal Marines provided music and pipers.

We can’t think of a more beautiful or appropriate way to say goodbye to such a hero.

Were you touched to see how many people showed up for Harry’s funeral? So share this!