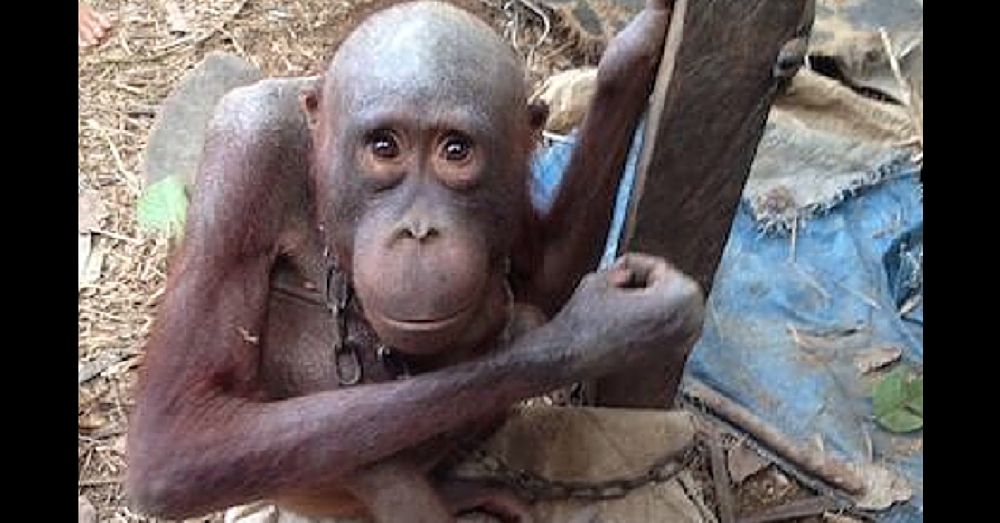 An orangutan described as the ‘saddest in the world’ after being kept in chains for four years has been successfully rehabilitated.

Bujing was rescued after being chained to the side of a house in the Indonesian section of Borneo back in 2014.

The International Animal Rescue (IAC) said they were shocked by the condition of the orangutan before the organisation, along with The Orangutan Project (TOP), came to his aid.

“The rescue team was very alarmed at the condition of the orangutan,” explained the IAC.

“Bujing was chained to the side of the house. He looked very thin and had no hair due to malnutrition, which had also impaired his growth.

“When he was small they would regularly bathe Bujing and give him milk, but as he grew they had to keep him on a chain to stop him going to the neighbours where he would eat their food.

“Bujing also had wounds on his back, which the owners said had happened two months ago when he had escaped. When he returned they noticed he had two deep wounds, which look as though they had been caused by a sharp object.”

Kylie Bullo, a conservation project manager at TOP, said Bujing’s hair has now grown back and he is recovering well at the rescue centre following the ordeal.