Woman Poses In Bikini While On Vacation. But Then The Camera Pans Out.. 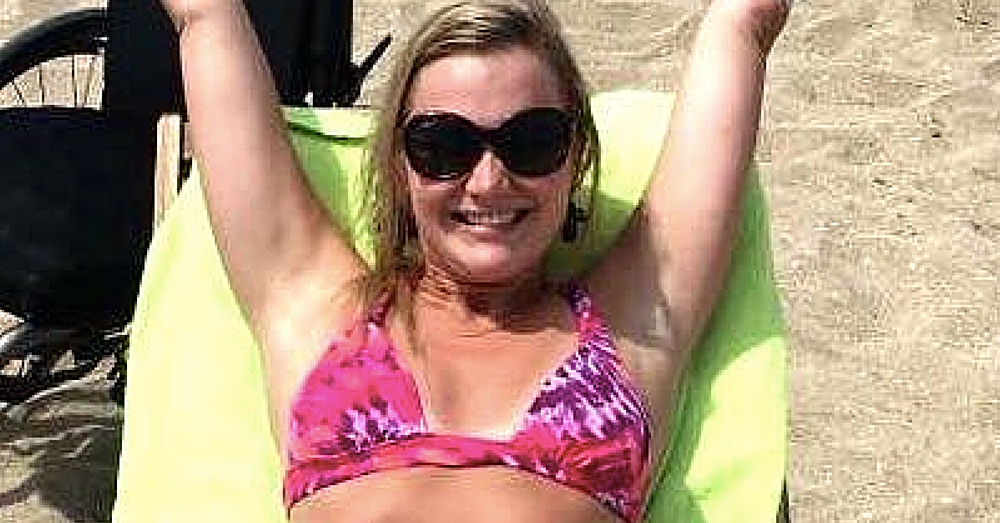 In May 2012 Aimee Copeland was out with some friends when they discovered a makeshift zip-line and decided to try it out. Little did she know that one decision would forever change her life.

As Aimee zip-lined, the wire broke and she plunged into the water below, gashing her leg on some rocks. Doctors put 22 staples in her calf and thought that would be the end of it. They never could have imagined what would happen next.

Aimee started to feel strange and went back to the hospital. There it was discovered that she had contracted a potentially deadly flesh-eating bacteria and five of her organs were already failing.

In an effort to save her life, doctors amputated all four of Aimee’s limbs – both of her arms below the elbow, her right leg below the knee, and her left leg at her hip.

Aimee’s life was drastically altered. She had to relearn how to do everything, from walking to simple daily tasks like brushing her teeth.

During this time, Aimee’s confidence began to falter. Not only did she lose her limbs, she realized that her boyfriend of three years was no longer attracted to her, and their relationship became “really unhealthy for me and really bad for my self-esteem.” She ended up breaking up with him.

Thankfully, Aimee was able to overcome the many obstacles that came her way and gain back her confidence. She completed a master’s degree in social work and has become an advocate for the disabled. She also fell in love with a man who she says loves and accepts her just the way she is and thinks her body is perfect.

On a recent vacation to Puerto Rico, Aimee posed for a picture in her bikini with all of her prosthetics removed, proudly showing her scars to the world.

“It has taken me a long time to become comfortable with and accept my new body,” she wrote in the caption. “We are ALL made with imperfections and there is so much beauty in our flaws. The scars and skin grafting build character! It’s not about what you have — what you do with what you have is what really counts.”

Were you inspired by Aimee’s strength and positivity despite her circumstances? So share this!