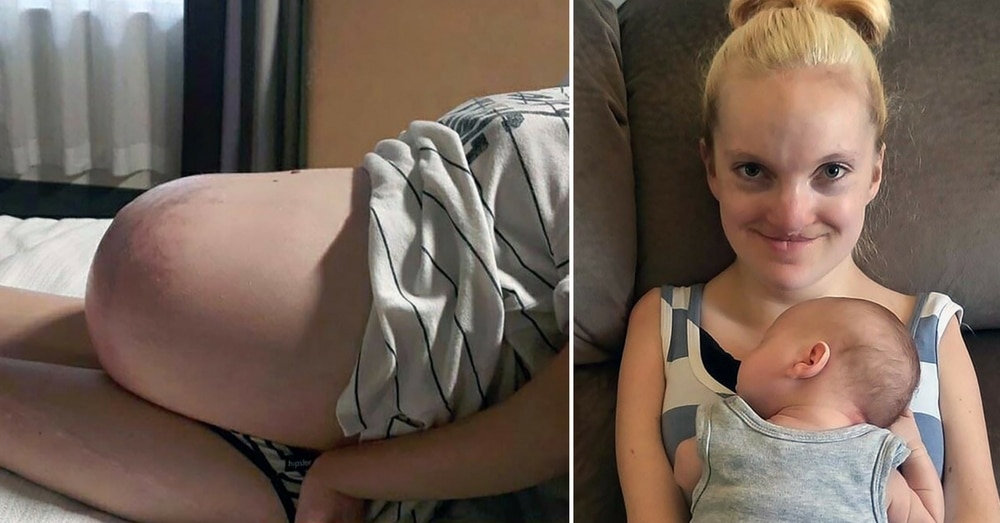 When Sheree Psaila was born, doctors told her parents she wouldn’t make it to her first birthday.

Sheree was born with arthrogryposis multiplex congenita, a rare congenital condition that means she has little muscle tissue and can barely bend her joints.

But Sheree is a fighter. Not only did she make it past her first birthday, she has continued to defy the odds. She took her first steps at the age of five and despite her disability was determined to live as normal of a life as possible.

While doctors suggested Sheree be put in a wheelchair and attend a special needs school, she refused and, although she was subjected to some bullying, continued on.

It was while studying social media marketing at Tafe that Sheree met Chris. He himself has a hereditary condition that caused damage to his lower spine. The two of them hit it off and got married in March 2015.

Doctors told them that Sheree would not be able to have any children, but Sheree figured she had already defied all the odds she had come against, why not this one too?

“The doctors told me I probably wouldn’t be able to have kids, although they didn’t give me a reason why not,” she said.

Sheree’s first pregnancy ended with a devastating miscarriage, but a year after she and Chris were married their son, Hayden, was born.

Motherhood hasn’t been easy for Sheree – she can’t pick Hayden up when he is crying and she has a hard time bending down to bathe him in the tub – but she wouldn’t trade being a mom for anything.

Thankfully Sheree has a caregiver who comes five days a week who can help, and Chris is there the rest of the time.

“People mistake my condition for a disease or intellectual disability, but that’s not the case,” says the proud mom. “I’m just a disabled mum who has to lower the handlebar on the pram. That’s it.”

Were you amazed by Sheree’s story? So share this!