Wife Gives Dying Husband Pack Of Baseball Cards. Then He Sees 1 With His Face, Breaks Down In Tears 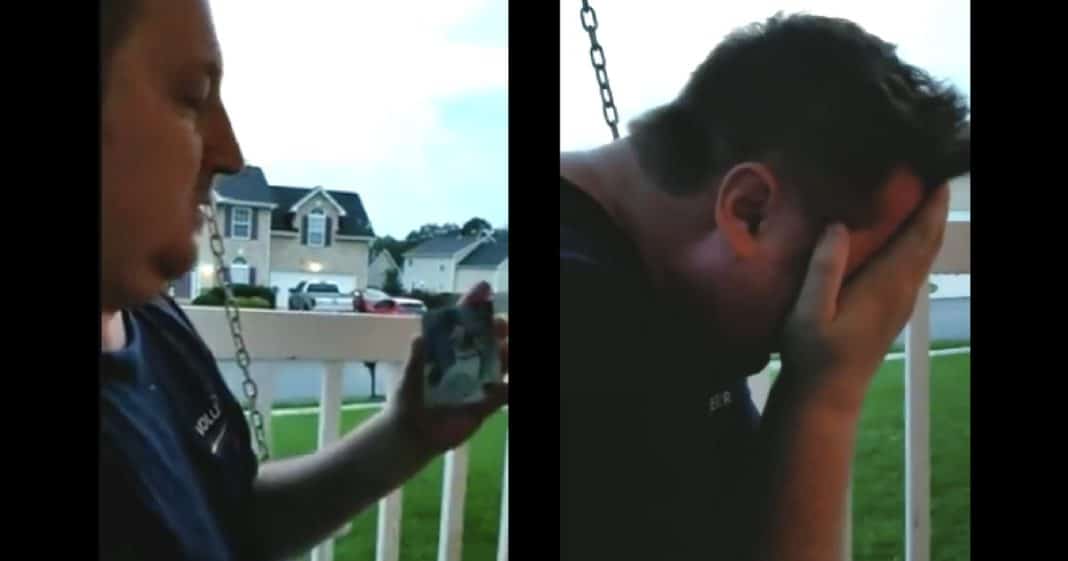 Lots of kids grow up collecting baseball cards and, even as adults, seeing those cards brings back all kinds of wonderful memories. Memories of baseball games with their parents, memories of finding the card they’d been dreaming about, memories of a carefree childhood.

For Steve Winfree of Knoxville, Tennessee, those baseball cards bring him comfort as he sits in the hospital, going through dialysis.

Steve was diagnosed with kidney disease 14 years ago. He also battles gout and Type 1 Diabetes. Recently, his kidney function got so low that he qualified for a transplant, but as he waited for a match, he wondered if one would ever come.

Baseball cards provided a welcome distraction from the scary situation.

“There were a lot of times where he would be in the hospital and I would grab a pack and we would open them,” Steve’s wife, Heather, explained. “The low-key fun gets our minds off of the everyday stresses.”

That’s why Steve wasn’t totally surprised when Heather handed him a brand new pack of Topps baseball cards the other night. He opened the pack and started going through the cards, finding players like Mike Trout and Clint Frazier.

Suddenly, though, he stopped in shock as he found a card with his own picture on it. Confused, he flipped the card over and began to read, and what it said left him in tears.

“Steve’s had a lot on his plate. With his health issues, he’s been striking out a lot. He was not sure how he was going to wind up,” Steve read from the card. “His wife, Heather, thinks he’s a great catch, so she decided to go to bat for him. Now Steve will be a rookie recipient at Vanderbilt Transplant…”

That’s when Steve realized what Heather was telling him and broke down in tears.

Heather had undergone testing to see if she would be a match for Steve and had just found out she was! She’d had the special card made up to break the exciting news to her husband.

“You’re saving my life,” Steve tearfully told his wife as he sat there in shock.

Heather will undergo additional testing at Vanderbilt to make sure she is healthy enough to withstand surgery. If all goes according to plan, Steve will have his new kidney by the end of the month!

Did you love watching Steve’s reaction to his wife’s incredible surprise as much as we did? So share this!