When Disney Saw This Film They Immediately Gave Him A Job. When You See It You’ll Know Why 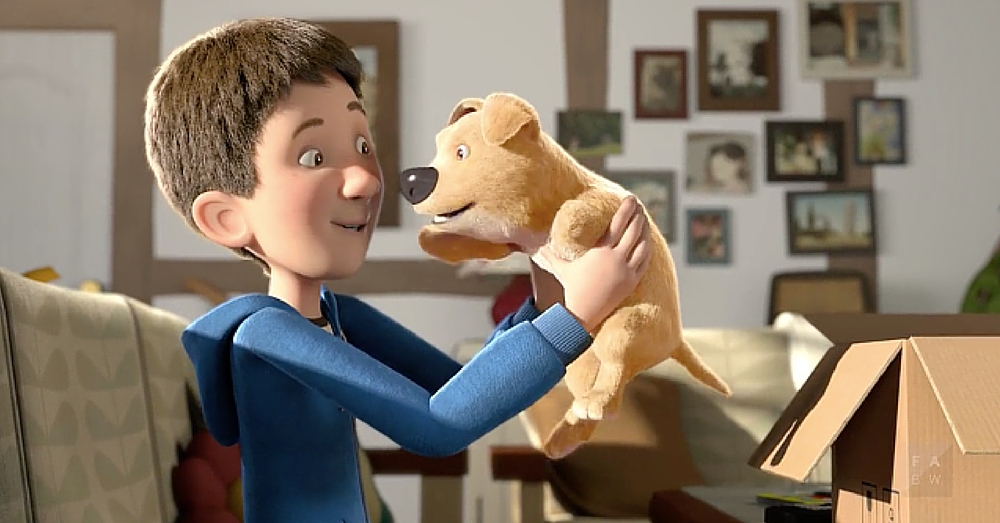 Every so often a film comes along that touches us at our very core and makes us look at the world a little differently. That’s exactly what filmmakers Jacob Frey and Markus Kranzler did when they created this 4-minute short film called “The Present.”

The scene opens with a teenage boy playing video games in his living room. He is fully engrossed in the on-screen battle he is fighting and, like most teens, gets annoyed when his mom comes in and distracts him by opening the blinds and placing a mysterious box in front of him.

When he opens the box he is delighted to find a cute little puppy inside, but his delight soon turns to disgust when he notices that the puppy is missing a foot. He tosses the dog away, telling it to “Get lost.”

However, in true undyingly loyal puppy form, the little pup finds a ball and continues to bring it over to the boy until he wears down his new owner’s defenses.

That’s when the filmmakers throw in a plot twist that really packs an emotional punch (and earned this film its 59 international awards). Click below to see what it is:

Frey and Kranzler created this film in 2014 as a graduation project while they were studying at Filmakademie Baden-Wuerttemberg in Ludwigsburg, Germany. Besides the dozens of awards it has earned them, the film also helped the pair land jobs at some top-tier companies – Frey now works at Walt Disney Animation Studios and Kranzler is at Pixar Animation Studios.

We can’t wait to see what they come up with next!