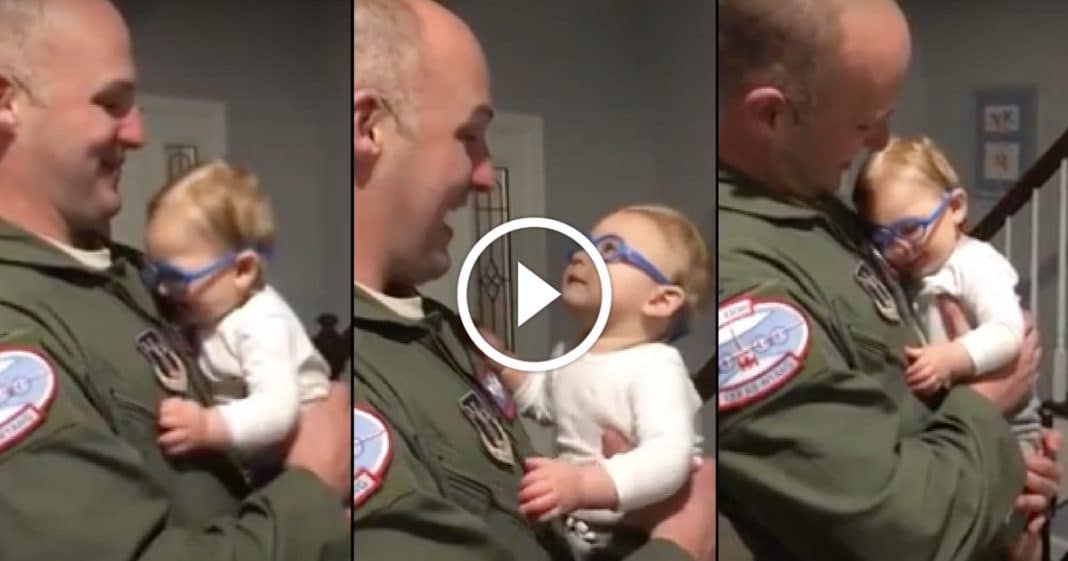 It was true fatherly bliss when an Air Force man returned to his upstate New York home and locked eyes with his 9-month-old son.

Thanks to new glasses — blue with cute circular frames — Reagan Caldwell was able to spot his father for the first time, and smiled with joy before resting his head on his dad’s chest.

His father, Brandon, had been deployed to Antarctica when his son got his special glasses two months ago that gives him vision, according to the Caters News Agency.

A video, which captured the emotional moment, features his little one cracking a smile when he sets his eyes on daddy.

Reagan listens to every word and proudly watches through his new glasses. As Brandon sings, Reagan rests his head on the military man’s chest, eliciting some tears.

Amanda indicated that “this was the hardest deployment yet by far,” Caters notes.

“You can see how hard it was for Brandon to be away from Reagan by the emotion he showed when he finally had him in his arms again,” Amanda said. “Reagan did not skip a beat and is loving having daddy back home.”

Read more about this sweet boy and how he gave his parents a scare after he was born on the the NY Daily News.