Waitress Walks Up To 6-Yr-Old At B-day Party. What She Says Next Leaves Mom Sobbing 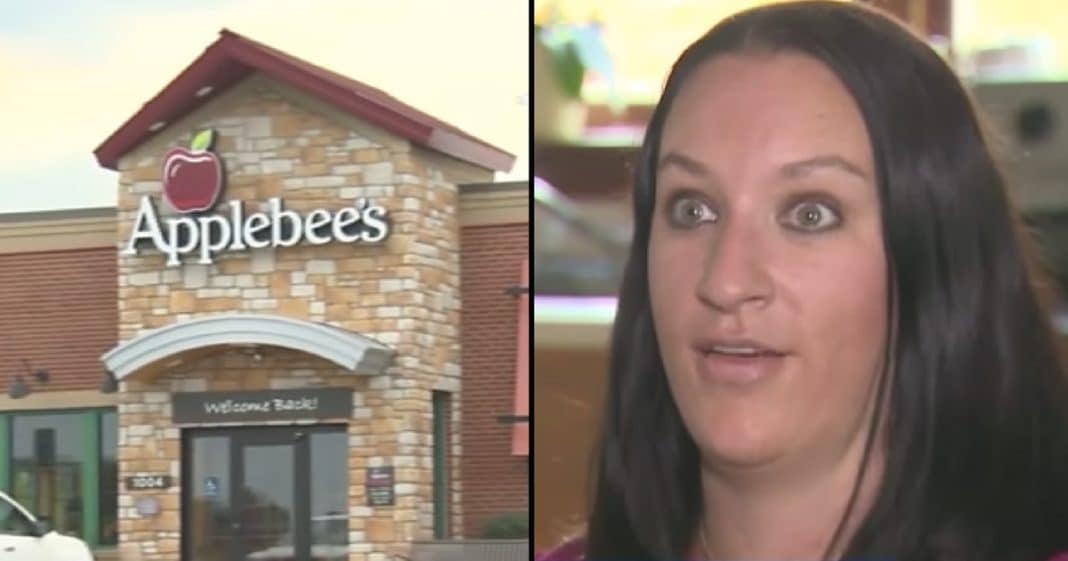 It was already a special day for the Welling family – they were celebrating 6-year-old Sofia’s birthday. Little did they know, though, that it was about to be one of the most memorable dinners they would ever have as a family.

Sixteen friends and family members had gathered at the Applebee’s in Washington, Pennsylvania, to celebrate the big day. Jolie, Sophia’s mom, said they ordered “drinks, appetizers, and full-course meals.”

Jolie brought cupcakes for dessert and, after they had sung “Happy Birthday” and Sophia had blown the candles out and happily consumed her cupcake, the family got ready to pay the bill.

That’s when their waitress walked over to the table, tears welling up in her eyes, and told them two strangers had paid for the entire meal.

Jolie couldn’t believe what she was hearing. She – along with several of the other guests – immediately began to cry, touched by these strangers’ incredible act of kindness and generosity.

The family asked who the anonymous couple was so they could thank them, but the waitress said she was sworn to secrecy.

Apparently, this isn’t the first time they have done something like this. Bernie Lewis, the restaurant’s assistant manager, said the couple has been picking up the tab for unsuspecting strangers for years. She did disclose, though, that when asked why they do it, the man just said, “I grew up poor and now I’m not.”

For Jolie, the kind act meant more than she can ever fully express.

“Life is so complicated as it is, and you just work and work and work and struggle, and you try to enjoy every moment you can and having my 6-year-old see that someone did this act of kindness really shows her that there are good people in this world,” she said.

The family has vowed that the next time they go out to eat, they are going to pay it forward.

Were you touched by the strangers’ act of kindness as much as we were? So share this!