Waitress Is Only Person Nice To Mean Customer. Then She Gets A Letter 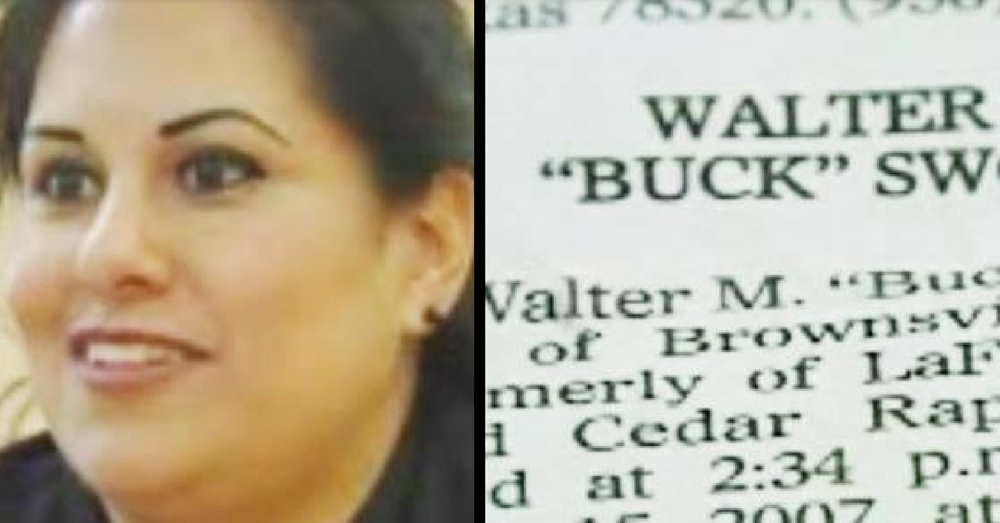 Walter “Buck” Swords was a mean man. The 89-year-old WWII veteran was very particular about things and would yell and cuss at people when he didn’t get his way.

Buck was a regular at Luby’s restaurant in Brownsville, Texas, but none of the waiters liked to serve him because of his demands and belligerence. None, that is, except Melina Salazar.

Even though Buck could be unkind, Melina never let that bother her. She served him with a smile and made sure that all of his very specific demands – like that his food always be extra piping hot – were met.

Every time Buck came into Luby’s Melina would serve him because all of the other waiters refused, but she never realized how much her kindness actually meant to the crotchety old man until later.

Melina thought it was strange when she didn’t see Buck for a few days, but when she opened the newspaper she found out why – the elderly veteran had passed away.

A little while later, Melina got some news that left her absolutely floored. Buck had been so touched by her kindness to him that he left her $50,000 and a car in his will!

Melina couldn’t believe it – she was just determined to treat Buck with respect and kindness and never expected anything in return.

You just never know when a seemingly small act of kindness will make all the difference in a person’s life!

Were you amazed by what Buck did for Melina? So share this!