Vicious Bullies Leave Grandmother In Tears, But Then A Stranger Steps In 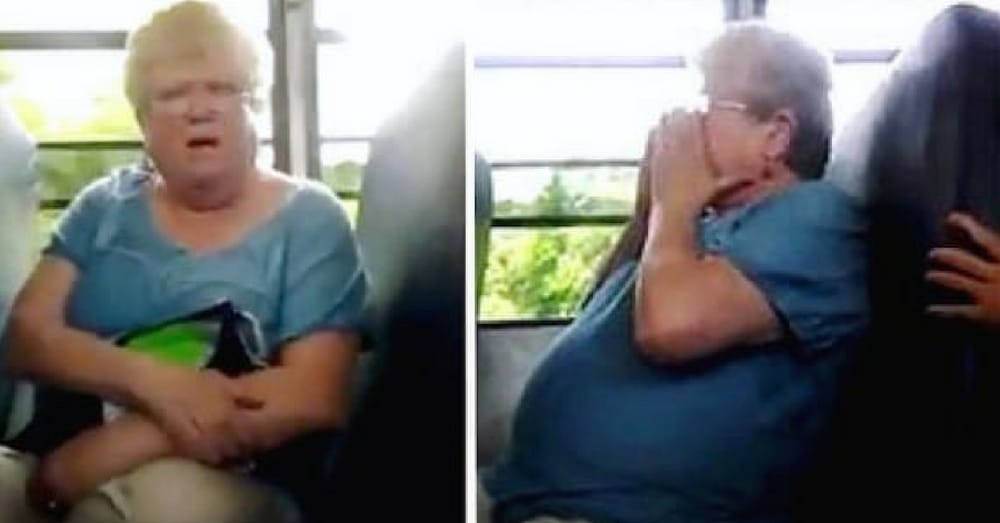 Unfortunately, stories of kids bullying others kids have become all too common in recent years. While there have always been bullies, it seems like kids are becoming more vicious. The advent of social media has especially given rise to this, as children can now bully anonymously and often with no consequences.

What I never expected to see, though, was children bullying one of their elders.

Karen, a widow, had worked for the school district for 23 years as a bus driver and bus monitor. As a bus monitor, it was her job to make sure the children on the bus were safe and well-behaved, but she never expected this kind of abuse, which she called “one of the worst acts of human behavior that I have ever had to endure.”

In the videos the students can be heard calling Karen a “fat-a**” and making nasty comments about her age, weight, and appearance. They threatened to egg her house, urinate on her door, and cause her physical harm.

One boy even told Karen that her family “all killed themselves, because they didn’t want to be near you.” This comment hit especially hard, as Karen’s son had committed suicide 10 years earlier.

Karen tried to ignore the awful comments, but soon broke down in tears. Instead of eliciting sympathy, though, her tears only brought more jeers as the boys said she was just crying because she missed her box of Twinkies.

Three separate videos of the horrific incident were uploaded to YouTube and they quickly went viral, sparking outrage from millions who called for justice for the grandmother of eight.

After school officials and local police launched an investigation, they revealed the bullies’ identities to the public, which led to thousands of death threats against the boys.

Despite the hurt and abuse she had endured, Karen decided not to press charges, knowing the boys were already facing serious consequences. In addition to the death threats, all four of the boys were suspended from school for one full academic year and were required to complete 50 hours of community service and a program in bullying prevention.

In the meantime, Karen received an outpouring of love and support, not only from those in her community, but from people all over the world. And, while she received everything from kind letters to a free trip from Southwest Airlines, there was one gift that left her especially stunned.

Max Sidorov, a Ukrainian immigrant living in Toronto and a complete stranger to Karen, heard her story and was so moved by it that he decided to start an online campaign to help give Karen a badly-needed vacation.

Max said Karen’s story resonated with him so greatly because he had been a victim of bullying as a child. When he gave her the check for the huge amount she was floored.

Instead of using all of the money on herself, Karen decided to take her painful story and turn it into something good. She established the Karen Klein Anti-Bullying Foundation, which aims to end bullying for good.

“You have all inspired me by your acts of love,” she wrote on her website. “But now it is time for me to give back and to turn your single act of kindness into my own personal movement to stop bullying in America. The Karen Klein Anti-Bullying Foundation, which I am seeding with $100,000, will be the gathering point for millions of people to support the anti-bullying movement.

“Together, we will change the world.”

Were you touched by what Max did for Karen and by what she is now doing to help end bullying? So share this!