Veteran Fired For Attending Son’s Birth, Then He Gets An Email 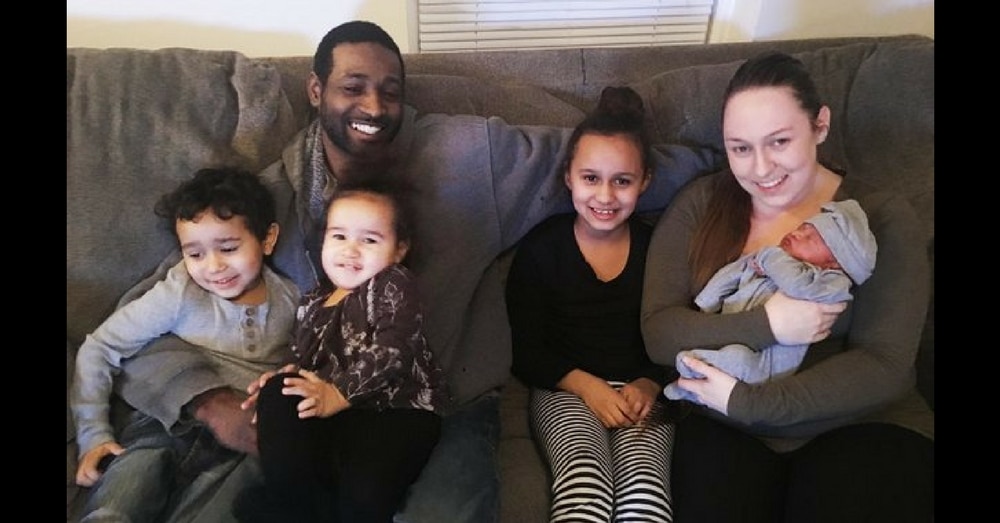 Family should be at the top of the priority list for most people, but unfortunately some companies don’t share that view. Some bosses think their employees should be more loyal to their company than their spouses or kids.

Fortunately for Lamar Austin’s family, they know he has his priorities straight.

The 30-year-old military veteran had recently started a job as a part-time security guard with a company called Salerno Protective Services in Concord, New Hampshire, and was still in the midst of his 90-day trial period when his wife went into labor on December 31.

Lamar knew his job was important and he wanted to be faithful to his commitments, but being with his wife, Lindsay, for the birth of their child was more important to him. He forwent two days of work so he could be by her side.

Despite having never missed a shift before that, at 1 a.m. on January 1 – while Lindsay was still in labor – Lamar got a text saying he had been terminated from his job.

“I looked at it and I was like, ‘Wow. OK, cool,’ and that was about it for me,” he said, adding that he was more concerned about Lindsay and their son at the time.

Finally, at 7:44 a.m., the couple’s son, Caiman, was born. The parents were thrilled that their son had finally arrived, but were also a little worried about what the new year would bring as Lamar faced it unemployed.

However, when the Concord Monitor wrote a story about how Lamar had sacrificed his job for his family, the proud father was suddenly inundated with job offers and other kind offers.

Sara Persechino, a former town board member and family leave advocate, was so touched by Lamar’s story that she started a GoFundMe page for the family that has already raised over $8,000.

“I don’t think anyone should ever have to choose between their family and their job,” she said.

Lamar will also have his pick of jobs, but he has his eye on one in particular, an apprenticeship with the International Brotherhood of Electrical Workers in Concord.

Lamar is incredibly grateful for the outpouring of support he has received and said he doesn’t regret a thing about his decision to be with his wife during her labor.

The proud dad is still wearing the emergency room bracelet he received when he arrived at the hospital and said he plans to keep wearing it to remind himself of the incredible day of his son’s birth.

“I’m going to keep it on until it falls off,” he said.

Do you think Lamar made the right decision to be with his wife? So share this!