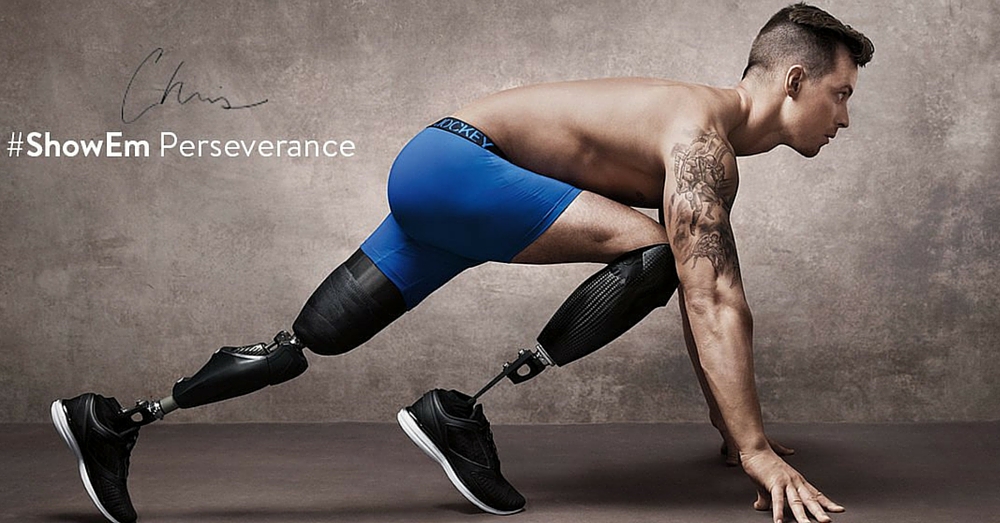 Chris Van Etten has a pretty impressive resume: veteran, lacrosse player, skier and marathoner. And now, as one of the faces of Jockey’s new “Show ‘Em What’s Underneath” campaign, the former Marine can now add “underwear model” to that list.

If that wasn’t quite enough to catch your attention, consider that Van Etten is also a double amputee.

During a tour in Afghanistan in 2012, Van Etten lost both of his legs — and one of his closest friends — in an explosion. After receiving prosthetic legs and being medically retired from service in 2013, Van Etten turned to exercise as an outlet for mental strength and stability, as well as physical health.

“Staying active … keeps me wanting to get out there and focus on being alive rather than what had already happened me,” Van Etten told TODAY.

Despite his unimaginable losses, Van Etten keeps a positive attitude. “What happened to me sucked. I’m not going to pretend like it didn’t,” he said. “But that’s what I signed up to do … I’m glad that I was able to fight for my country.” 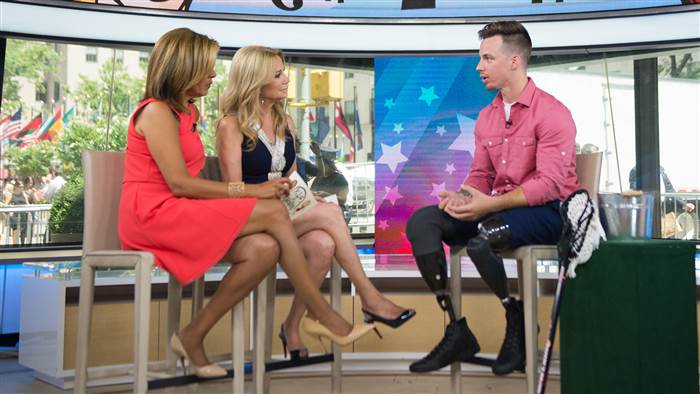 During a tour in Afghanistan in 2012, Van Etten lost both of his legs — and one of his closest friends — in an explosion. Nathan R. Congleton / TODAY

He added, “Not all of us are lucky enough to get a full life, and as long as I have mine, I’m going to make sure that I celebrate it the best I can.”