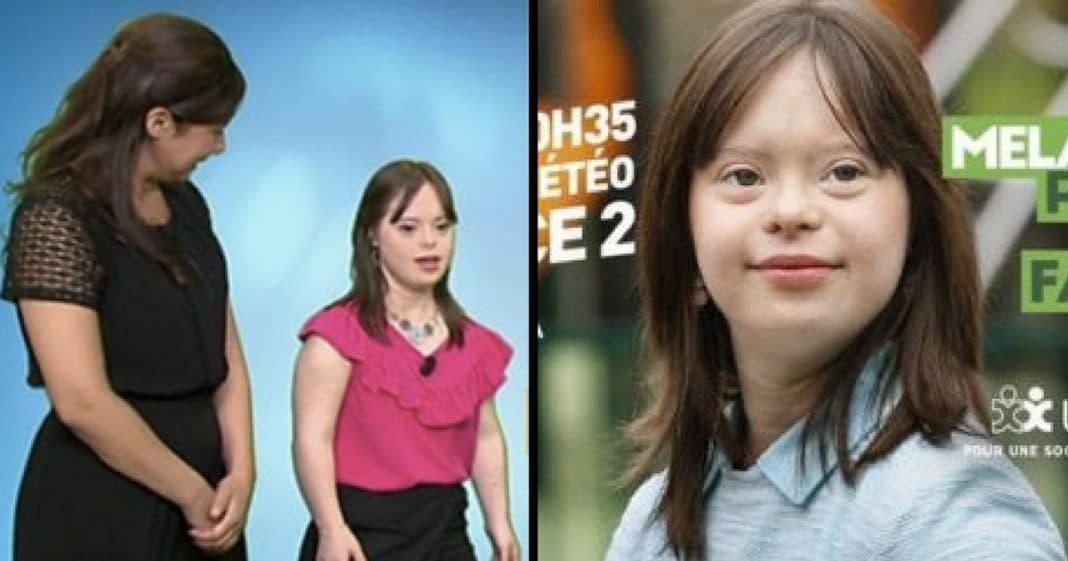 A young Frenchwoman with Down’s syndrome has fulfilled her dream of presenting the weather on television after a Facebook campaign that was supported by more than 200,000 people.

Melanie Segard, 21, hosted a segment of the forecast on the national public channel France 2 on Tuesday night.

The campaign “Melanie peut le faire”, or Melanie can do it, was set up by a French charity in an effort to promote awareness and inclusion.

“I’m different, but I’d like to show everyone that I can do a lot of things,” she said. 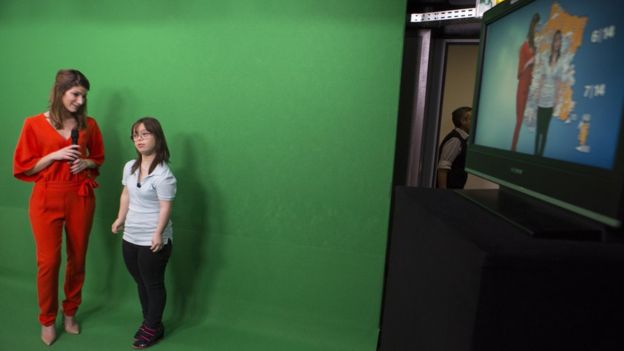 Image caption
Ms Segard had training in front of a green wall where the graphics are digitally projected. CHRISTOPHE RUSSEIL/FTV

She received four days of training from France 2’s weather team, including tips on presenting in front of the green wall where the graphics are digitally projected.

Her story has been covered extensively on French media and shared widely on social media.

“Melanie cannot read or write. The goal is to make her feel integrated,” Nathalie Rihouet, head of the weather service of France Televisions, told the French newspaper Le Parisien (in French). 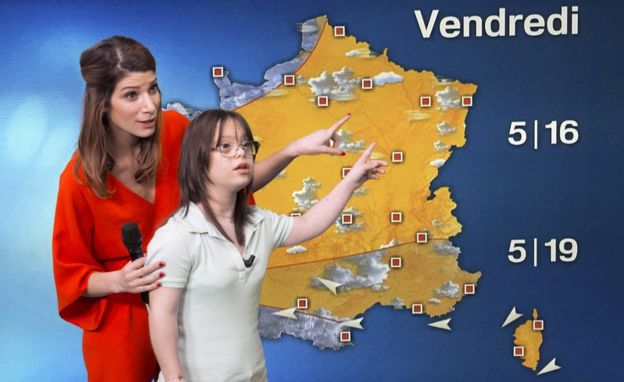 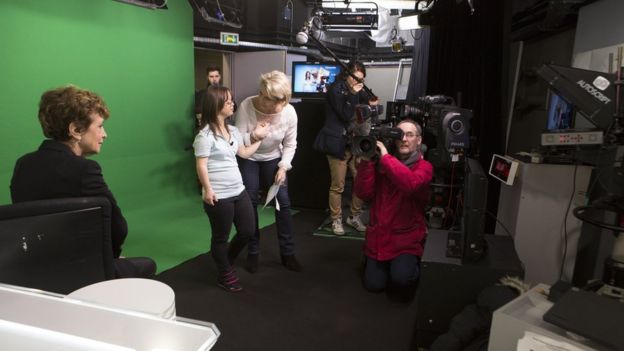 Image caption
Ms Segard thought she would never be able to fulfil her dream because of her disability. CHRISTOPHE RUSSEIL/FTV

During her training, she was followed by her 27-year-old brother Cyril, who offered her some advice: “Imagine you’re alone at home doing the weather. Have fun.”

Ms Segard told Le Parisien: “It’s work! But it’s OK. My dream was to show people the weather. And this can open doors to other people with disabilities.”

France 2 was not the only channel to offer her a chance to present the weather. Another invitation came from news channel BFMTV. 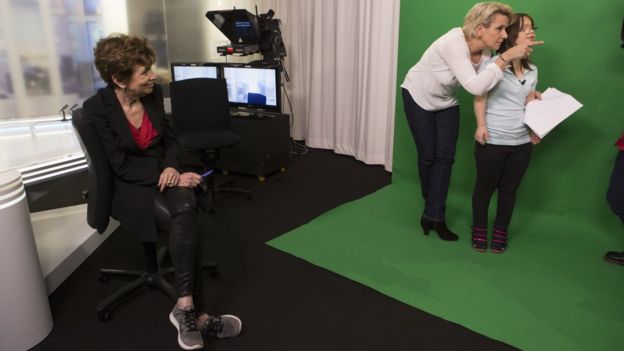 She reportedly had training for four days. CHRISTOPHE RUSSEIL/FTV

Ms Segard lives with her parents and enjoys going out to parties and restaurants with her brother and friends.

When younger, she underwent therapy to improve her motor skills and speech.

And since September, she has worked in a company where she makes packaging.

Watch Melanie do the weather and read more of her inspiring story on BBC.