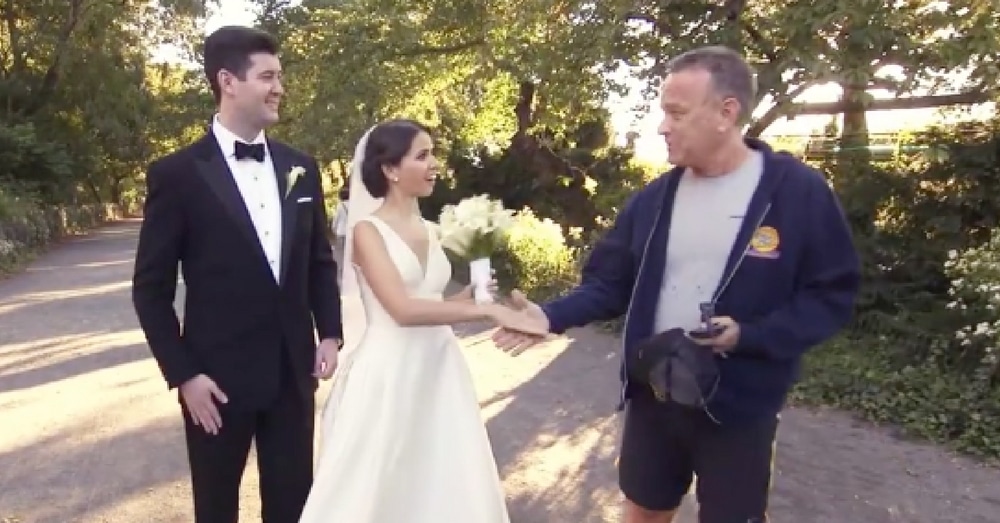 If you don’t like Tom Hanks there’s got to be something wrong with you! Out of all of the actors in Hollywood, he seems like one of the most genuinely nice and humble ones.

Recently while out on a jog, Hanks came across a bride and groom who were getting their pictures taken. He couldn’t resist sneaking in and taking a few pictures with them himself, giving them some memorable photos that have since gone viral!

Photographer I know was taking pictures for a couples wedding and someone special happened to walked by..

When the bride asked Hanks if they could get a picture with him he replied, “By all means!” before telling the groom he was a lucky man and the bride that she had done very well for herself.

Then, in a twist of events, Hanks asked the happy couple if he could get a selfie with them, telling them that he would have to post it himself.

It is so nice to see a big celebrity help make a couple’s day special without putting all of the focus on himself. He came in, gave the couple a fun memory and great story that will last a lifetime, and then left them to enjoy their day.

Did you love seeing Tom Hanks photobomb this couple? So share this!