Toddler Abducted By ISIS 3 Years Ago. Watch As She’s Finally Reunited With Her Family 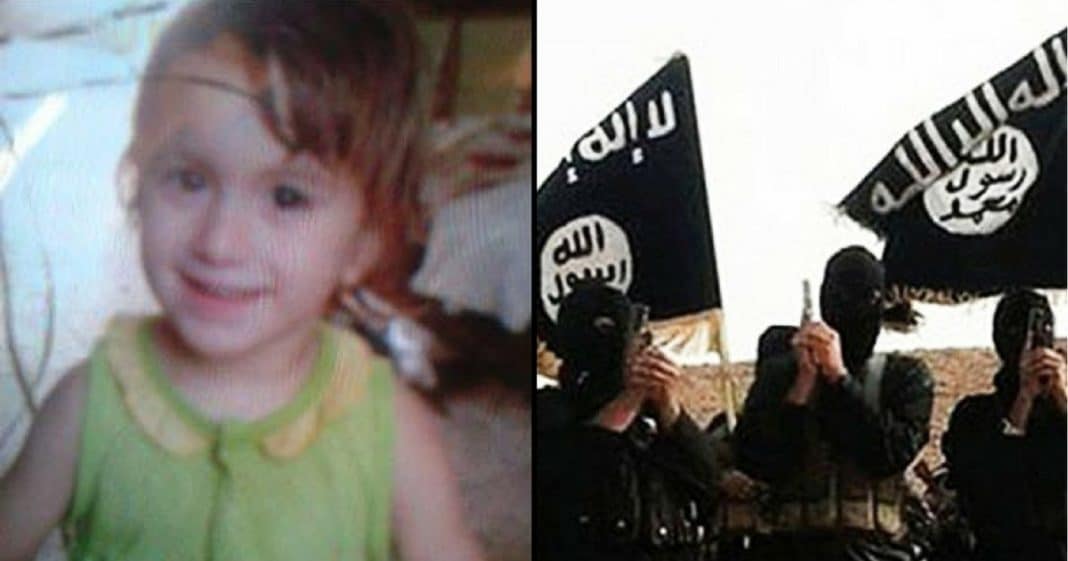 In the midst of one of the most terrifying moments of their lives came something even more devastating.

In August 2014, 3-year-old Christina Abada was in Qaraqosh, Iraq, with her family. Hundreds of thousands of Iraqi Christians had already fled, but Christina and her family had stayed behind because her father, Khader, is blind. They were hoping ISIS would show them mercy.

But that was not to be. Under the false pretense of conducting medical check-ups, ISIS militants rounded up the remaining Christians in the city and ordered them to remove all of their valuables before loading them into dirt-covered buses.

Christina’s mother, Ayda, held her young daughter on her lap as the jihadists walked up and down, inspecting everyone. Then, just as they were about to leave, one of the militants snatched Christina from Ayda’s arms and took her off the bus.

“[O]ne of the Da’esh [ISIS members] came and inspected the people on the bus,” Ayda recalled as she spoke to humanitarian organization Open Doors International in July 2015. “He walked up to us. He took my little girl from my arms and just walked away.”

For the past three years, Christina’s family has hoped and prayed that Christina was safe and that someday they would all be reunited.

Finally, their prayers have been answered.

The young girl was discovered living in Mosul with a Muslim family that had found her all alone in a mosque. She was rescued by Iraqi Special Forces and was finally reunited with her family, who are living in a refugee camp.

A historical moment Kristina the christian girl kidnapped by #isis in 2014 is reuniting right now with her family after beeing liberated pic.twitter.com/xLw9yfaMnz

“My family of nine has lived in a caravan for over two years,” Christina’s brother, Yaz Khedher, said. “With all that we have been through, we are overjoyed that our Christina has been returned to us safely. I thank all those who have prayed for her safe return.”

Juliana Taimoorazy of the Iraqi Christian Relief Council said Christina’s rescue and return brings hope to other Iraqi Christians who have been through similar hells.

“With the freedom of Christina, now 6 years old, we have renewed hope for a brighter future for all those who paid a heavy price for being Christian,” she said. “In every presentation, across the globe, I have spoken of baby Christina and the heartache her parents lived with since the time of her capture. [T]his is a happy day.”

Breaking:Kristina (young christian girl from qaraqosh baghdida) was kidnapped by #isis kidnapped her in2014 she FREED,back with her family pic.twitter.com/kiIHFHsA1K

Christina is still taking everything in and adjusting to her new reality. She looked to be in shock as her family excitedly welcomed her back.

“Everybody is asking questions and speaking to her, but she does not say anything back, really. She also seems to be overwhelmed by the huge crowd of people welcoming her,” said one Christian woman at the camp.

“It is a very happy moment; everybody is dancing and clapping and singing,” she added.

We know this will be a big adjustment for Christina, but we are so thankful her family’s prayers have been answered and she has been safely returned to them!

Are you happy to see Christina back with her family? So share this!