Toddler Abducted From Grandparent’s Home, Then Stranger’s Text About Pizza Brings Her Home 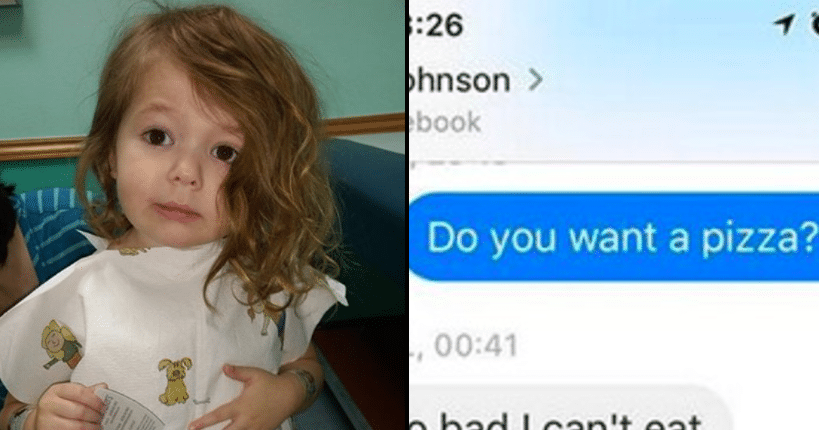 When 21-year-old British supermarket worker Harry Brown connected with an American man on Facebook a few years ago, he had no idea that connection would end up saving a young girl’s life.

That little girl, 4-year-old Yvette, had been staying with her father, Virgil Henley, but when a court found that she was suffering from “emotional damage,” they granted guardianship to her grandparents, Gary and Kim Forester. After the hearing, though, when the Foresters went to bring Yvette home, they discovered that Virgil had fled with his daughter and was nowhere to be found.

They quickly contacted police, who launched an investigation, but after three weeks of searching, they were no closer to finding the little girl.

Growing desperate, the Foresters went onto Virgil’s Facebook page to see if they could find any leads. Virgil had created a Facebook profile under the name Mark Johnson, and it was “Mark” who had connected with Harry Brown all those years ago.

Gary and Kim reached out to Harry and explained the situation. They pleaded with him to help them find Yvette. 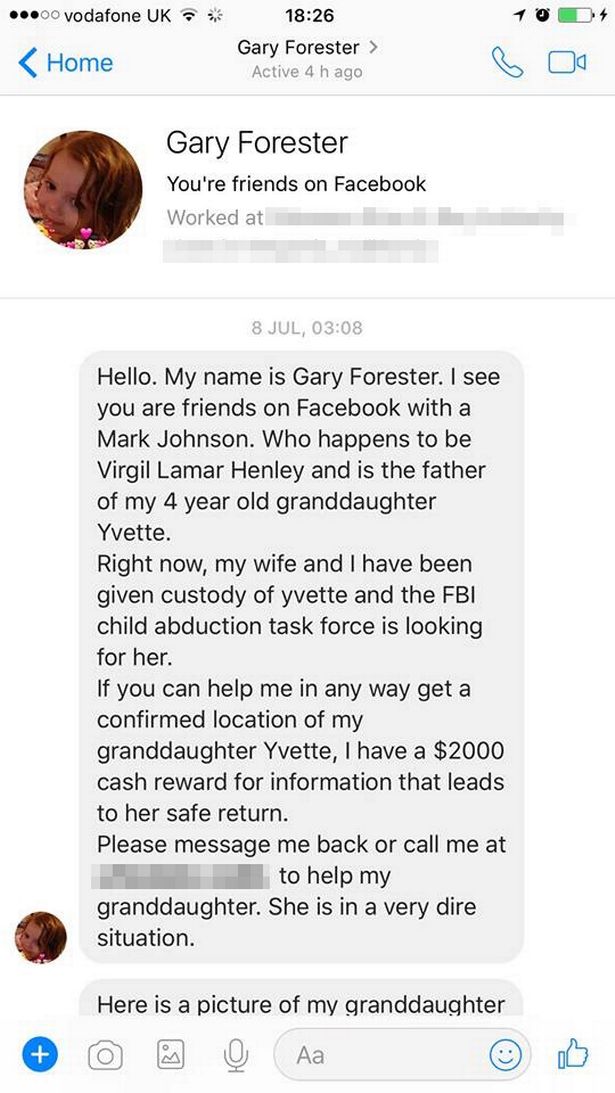 Harry agreed to help. Out of the blue, he struck up a conversation on Facebook Messenger and, amazingly, Virgil started talking back.

For two days, Harry worked to gain Virgil’s trust and ply him for information. He politely asked about money and the weather. Then he offered to buy Virgil a pizza. 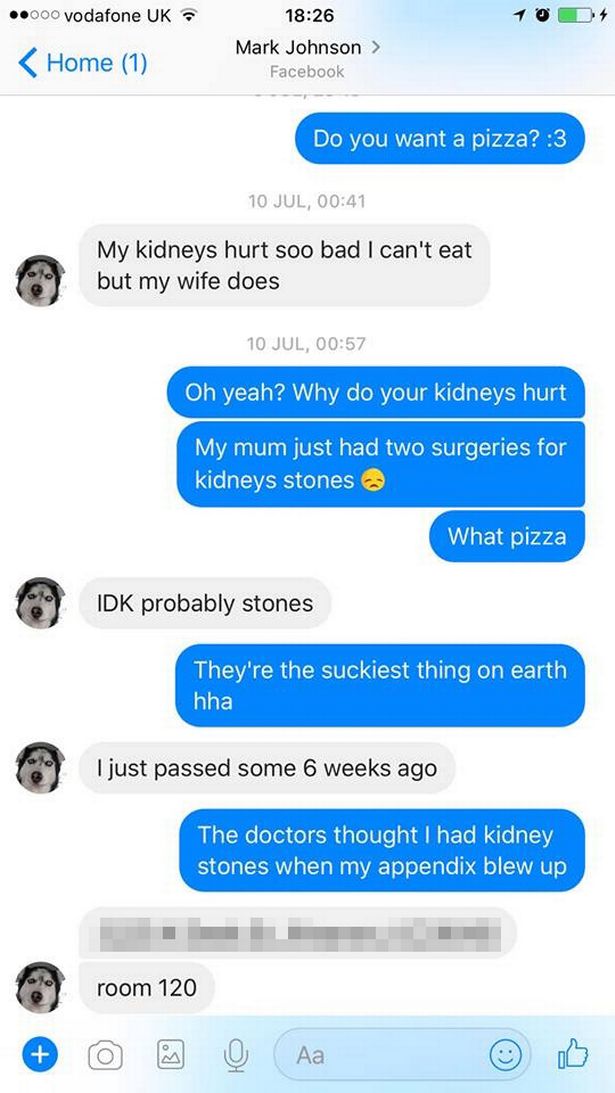 “Do you want a pizza?” Harry asked.

Virgil told Harry his kidneys were in too much pain but that his wife (actually his girlfriend, Alyssa) wanted some.

And that’s when he gave Harry his address.

When Virgil opened the door of his Arizona hotel room he was expecting pizza, but it was police who stood there instead. They took Yvette out of the seedy motel room and away from her dangerous father. She is now safe at home with her grandparents in California, who have full custody.

Harry, who lives in Staines, Surrey, still can’t believe that his chance connection on Facebook ended up leading to the rescue of a vulnerable little girl.

“I spend my life on the internet but little did I know that talking to random people would lead to me finding this little girl,” he said. “She is loving where she is now. I cried so much when I saw the photos of her with her grandparents.”

He said he plans to fly out to California soon to meet the little girl he saved.

“It’s a really weird set of circumstances that fell into place,” he said. “Before, Yvette was probably living a nightmare. Now she is in the best place possible for her. She is having the happiest days of her life.”

All thanks to a kind stranger thousands of miles away.

Were you amazed to see how Harry helped save Yvette? So share this!